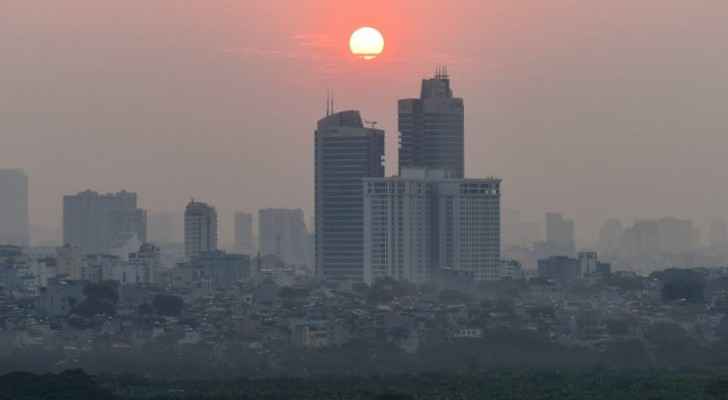 A study published by the official Journal of the European Society of Cardiology, "Cardiovascular Research," Tuesday, confirmed that prolonged exposure to air pollution may lead to an increase in the risk of death from COVID-19 by n avergage 15 percent.

The researchers focused this study on evaluating the degree of the impact of air pollution, which is responsible for many early deaths annually.

A research scientist from Max Planck Institute for Chemistry in Germany, Johannes Lelieveld, showed that the percentage of COVID-19 deaths who have had long-term exposure to air pollution is close to 19 percent in Europe, 17 percent in North America, and 27 percent in East Asia.

In addition, long-term exposure to air pollution contributed to:

The researchers used previous epidemic data from the United States and China on air pollution, COVID-19 and also on the SARS virus which is similar to COVID-19 from 2003.

This data was combined with data from satellites on global exposure to pollution-causing fine particles (2.5 m in diameter) and other data from soil pollution monitoring networks for calculation purposes.

The study authors did not establish any direct causal relationships between this pollution and deaths caused by the coronavirus.

"Air pollution hurts the lungs and increases ACE-2 activity, which leads to better absorption of the virus," explained Münzel.

The researchers pointed out that "the transition to an environmentally friendly economy with clean and renewable energy sources will be a catalyst for both the environment and public health, at the local level by improving air quality, and globally by reducing climate change."

Environmental epidemiology professor at the University of Leicester, Anna Hansell stated that it is very likely to find a link between air pollution and deaths due to COVID-19, but said that “it is too early to determine this impact accurately."