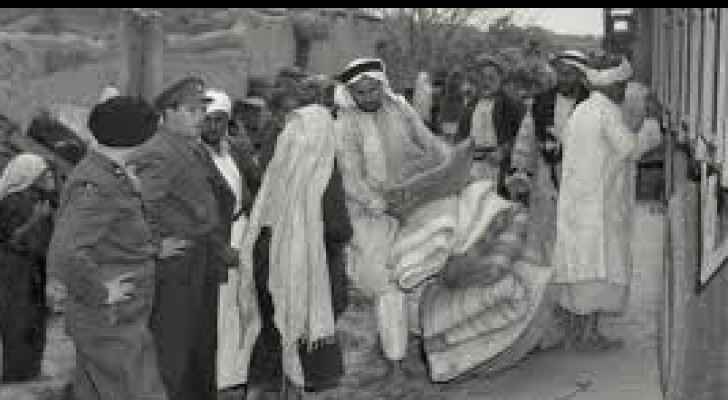 Thursday, Palestinian lawyers filed a lawsuit in a Nablus court, in the northern occupied West Bank, against the British government, which they hold responsible for the Balfour Declaration, which called for “a national home for the Jewish people.”

The lawyers filed the lawsuit on behalf of the National Assembly of Independents, the International Foundation for the Follow-up of the Rights of the Palestinian People, and the Palestinian Journalists Syndicate.

The lawsuit is based on challenging the Balfour Declaration and demanding its annulment and all that resulted from it, in addition to an apology to the Palestinian people. The lawsuit further holds the British government fully responsible for the Nakba, the occupation of Palestinian lands, and its "crimes during its military rule over Palestine.”

Lawyer Nael Al-Houh said, "The Palestinian judiciary has become a specialized body after Palestine obtained the status of an observer state in the United Nations."

He added, "The general trend was to file a lawsuit of a political nature, which would hold Britain responsible for that."

The lawyer expects that the approval of the Palestinian judiciary to hold Britain responsible means "confirming the right of every Palestinian person personally harmed by Britain, whether by killing or deportation, and compensating him."

This Palestinian move came with the efforts of Palestinian lawyers, experts in international law and historians.

The head of the National Assembly of Independents, Munib al-Masri, said in a press conference in Ramallah that the Mandate was the root of the suffering of the Palestinian people, and it effectively paved the way for the violation of their rights and the dispossession of their land.

Al-Masry pointed out that "the legal movement led by the National Gathering came as one of the outcomes of the National Strategy Conference to confront the deal of the century and the policies of the occupation last May, in order to open a legal front against anyone who caused harm and injustice to the Palestinian people."

According to Al-Masry, Britain’s announcement of the Balfour Declaration ignored "the rights of more than 93 percent of our Palestinian people, and granted the Jews, who at that time were 7 percent, full rights."

In 1917 and during World War I, the British wrested Palestine from the Ottomans and, according to popular accounts, pledged, through the Balfour Declaration on November 2, a "national home for the Jewish people" there.

The Palestinians expressed their opposition to the British promise for the first time at a conference held in Occupied Jerusalem in 1919.

In 1922, the League of Nations set forth the obligations of the British Mandate in Palestine, including securing "the establishment of a national home for the Jews,” which would be transferred to the Israeli occupier in the future.

The head of the High Follow-up Committee for the Arab People in Israel, Muhammad Barakeh, stressed that every Palestinian with a foreign nationality must move legally to sue Britain and Israel, even if individually.