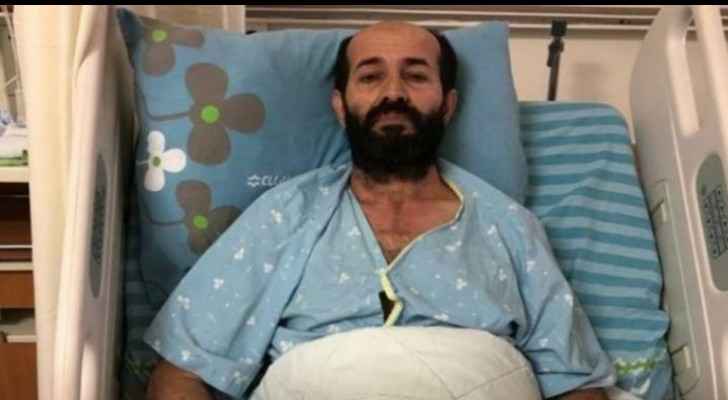 The International Committee of the Red Cross said Thursday that the Palestinian prisoner who has been on hunger strike for 88 days in protest against administrative detention "is entering a critical stage," and urged "a solution that avoids losing his life."

At the end of last July, the Israeli occupation army arrested Maher al-Akhras from his home in Silat al-Dhahr, Jenin district, and issued a decision to transfer him to administrative detention for a period of four months.

Administrative detention is inherited from the British mandate and requires no formal charges to be filed against the detainee.

Al-Akhras began a hunger strike from the first day of his detention.

"From a medical point of view, Mr. Al-Akhras is entering a critical stage," the ICRC's head of health, Yves Gibbins, said in a statement.

"After more than 85 days have passed since the hunger strike, we are concerned about the potential and irreversible health consequences," Gibbins added.

The ICRC statement, which said that its representatives visited Al-Akhras Thursday, urged "a solution to avoid losing the life" of al-Akhras, who is staying in the Israeli occupation "Kaplan" hospital.

The head of the department confirmed that "the ICRC doctors are visiting Mr. Al-Akhras and closely monitoring his condition."

Oct. 12, the Israeli occupation Supreme Court held a hearing in the Al-Akhras case but came to no decision.

September 23, the Israeli Supreme Court froze the administrative detention decision against Al-Akhras after he began the strike, but did not order his immediate release, according to the Palestinian Prisoners Club.

Al-Akhras was arrested several times in the past and spent five years in Israeli occupation jails on charges of having ties to the Islamic Jihad movement.

Statistics from the Israeli occupation human rights organization B'Tselem document that as of May, Israel has jailed 350 Palestinians on administrative detention, including minors.