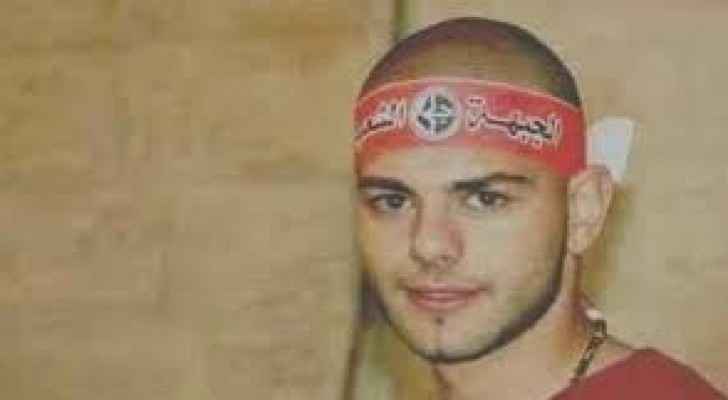 Palestinian politicians and officials condemned Thursday the declaration by the Israeli Occupation Forces that the "Democratic Progressive Pole" bloc, the student arm of the Popular Front for the Liberation of Palestine, is "an illegal and terrorist organization."

In a statement Wednesday, the Israeli occupation army accused the student bloc of carrying out, for years, "acts of sabotage that killed many Israeli citizens, including the late Minister Rehavam Zeevi in 2001."

The occupation army’s statement signed by the commander of the Central Military Region, General Tamir Yadaei, on August 13, said that this was done "through student cells in different universities in Judea and Samaria (the biblical name for the West Bank), in order to recruit young men to carry out terrorist acts."

Several thousand Palestinian students are enrolled in the student arm of the Popular Front for the Liberation of Palestine in Palestinian universities in the occupied West Bank and Gaza Strip.

The Israeli occupation and the European Union classify the Popular Front for the Liberation of Palestine, which is considered one of the Palestinian factions under the Palestine Liberation Organization, as a "terrorist" organization.

The Secretary-General of the Front, Ahmed Saadat, has been serving a 30-year prison sentence in Israel since 2006.

A member of the Central Committee who is responsible for the youth file in the Popular Front, Ahmed Al-Tanani, confirmed that "the occupation authorities have arrested more than 60 Palestinian students since the year."

Tanani, who lives in the Gaza Strip, believes that the danger of the Israeli occupation decision lies in the fact that it paves the way for "more campaigns of arrests, prosecutions and crimes, and legitimizes them."

According to the youth file official, "the arrested students were investigated in the most horrific ways, and their only charge was their student activity. The occupation is trying to find a justification to present to the international community."

For his part, a member of the Executive Committee of the Palestine Liberation Organization, Minister of Social Development, Ahmed Majdalani, condemned the Israeli army’s decision, stressing that Qutb is a "student organization, not an armed one."

In a statement to Agence France-Presse, Majdalani considered the decision "a dangerous indication that all national work has been targeted, and it is inconsistent with international decisions and laws that allow student and union work."

The IOF statement sees the announcement as an additional step towards "strengthening campaigns in the field of law enforcement and counterterrorism activities against the Qutb bloc and its activists."

The occupation army attached the statement, with the names of "some" of the Progressive Democratic Pole activists who were arrested in the past few months for their participation in "terrorist activities against Israel."