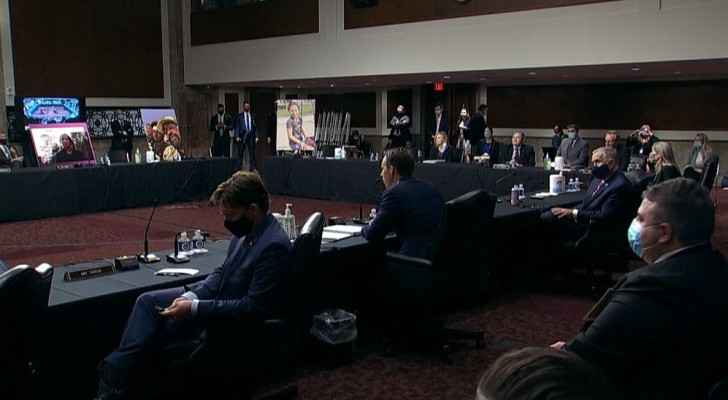 The Senate Judiciary Committee backed the appointment of Judge Amy Connie Barrett, US President Donald Trump's conservative candidate, as a member of the Supreme Court Thursday.

Democrats, who say the next Supreme Court judge should be nominated by the winner of the upcoming presidential election, boycotted the voting session in protest.

The vote, which was unanimous across conservatives, paves the way for the Senate to fully install Judge Barrett early next week, a move that would skew Supreme Court decisions to the right.

Wednesday, Democrats described Barrett's rushed appointment as a "sham" and a breach of previous pledges by the Republicans that they would never vote on a Supreme Court candidate at a date so close to the November 3 election.

They said in a statement, "We will not give this process any additional legitimacy by participating in the committee's (endeavor) to add value to this appointment process only 12 days before the already-underway election.”

But Republican commissioner Lindsay Graham ignored the statement and took advantage of their absence, moving the vote four hours ahead of schedule.

"This was their choice. Voting on the candidate by the committee would be my choice. I did not allow them to dominate the committee," he said before the session.

Barrett’s appointment is due to be debated in the entire Senate, something that will be voted on Monday.

US senators attempt to prevent sale of F-35 fighters to ....

US senators attempt to prevent sale of ....