Trump and Biden to face off in final debate before election

Trump and Biden to face off in final debate before election 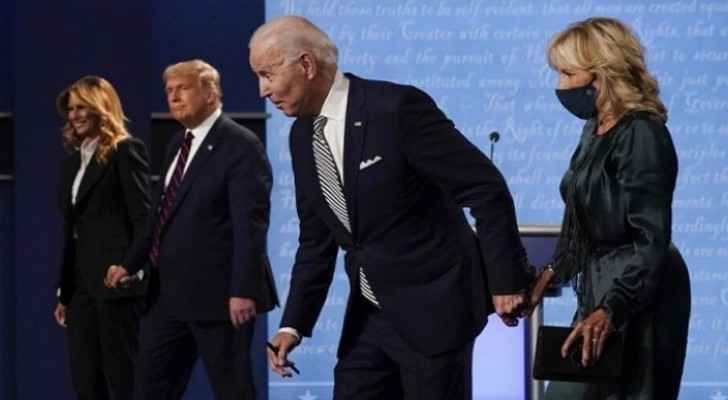 The first debate between the two candidates at the end of September in Cleveland, Ohio, ended in chaos and an exchange of accusations.

The Democratic candidate, 77, who leads in opinion polls, has described the forty-fifth president of the United States, 74, as a "liar,” "racist," and a "clown.”

Trump has called the Biden family a "criminal institution."

Nothing indicates that the tone during this debate will be more decent or constructive.

To avoid the chaos of the first debate, the microphones of the candidates will be cut off after the allotted speaking time has expired.

"I think this is unfair," Trump said Wednesday evening from the White House, reiterating his criticism of Kristen Welker, who will direct the debate. He accused her of being a "rigid leftist Democrat.”

The parents of this 44-year-old journalist are Democrats.

Trump refused to hold a virtual debate with his Democratic opponent October 15, a solution that was proposed to avoid the risks of infection after the president was infected with the coronavirus at the beginning of the month. The debate was instead cancelled.

To date, more than 42 million Americans have cast their ballots, according to the independent organization, Elections Project, which is roughly 30 percent of all voters in the 2016 election.