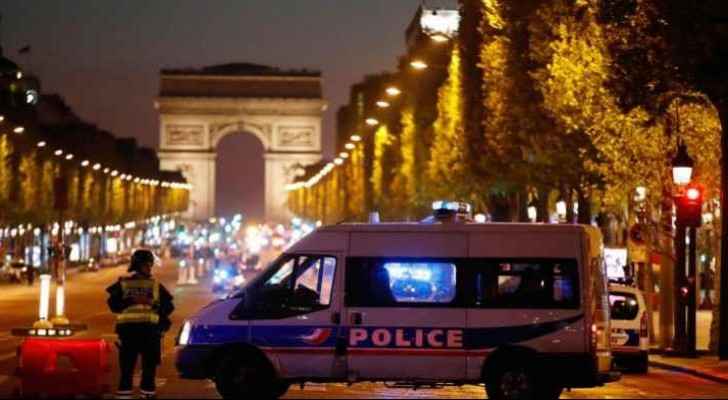 The French authorities have charged two women with assault and racist insults after they were suspected to have stabbed two veiled women near the Eiffel Tower. They also attempted to remove their hijabs, according to judicial sources and Agence France-Presse Thursday.

The case comes in light of the high level of racial tension after a Chechen asylum seeker killed a French professor who showed his students caricatures of the Prophet Muhammad last week.

The two accused of assault were drunk when they encountered a group of Muslim women and children in the "Chan de Mars" square, in the vicinity of the Eiffel Tower.

The Muslim family complained about the two womens’ dog and expressed concern about him.

When a fight erupted, one of the women took out a knife and stabbed two veiled women, one of whom was nineteen and the other 40.

The 40 year old suffered six stab wounds and is undergoing treatment in hospital for a punctured lung resulting from the stab wounds.

The younger victim was stabbed three times and has been discharged from the hospital.

The two victims reported that the attackers called them "dirty Arabs" and told them, "Your place is not here."

The incident sparked a wave of anger on social media, with some accusing the French media of being silent over an attack clearly seen as anti-Muslim.

The main suspect was placed in pretrial detention, while her friend was released on bail, according to sources close to the investigation.

They were charged late Wednesday with carrying out an attack which increased in severity with the use of weapons, drunkenness and racist insults.

However, the lawyer for the two victims, Ari Alimi, demanded that harsher charges be brought against the attackers, accusing them of attempted murder based on the victims' ethnicity or religion.

He stated that one of the women referred specifically to the veil that a number of women in the Muslim family wore, referring to it as "that thing that you put on your heads."

The two suspects were also accused of attempting to remove the victims' veils and striking the heads of the victims.

The two suspects denied that they had directed any racist insults.

Their lawyer, Bernard Solitud, warned against "exaggerating this narrative," noting the need to "adhere to the facts: (it) is a dispute that results from insults."

In turn, Alimi accused the French authorities, which closed a mosque in the suburbs of Paris and several Islamic gatherings after the killing of Professor Samuel Patti by the 18-year-old Chechen extremist, of carrying out a "ruthless campaign."

Seven dead in a helicopter crash in Sinai, ....

Seven dead in a helicopter crash in ....

France speeds up immigration overhaul to ....