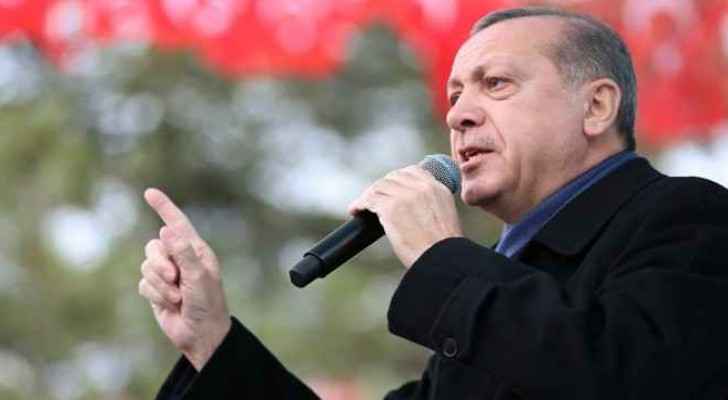 From pickled grape leaves to coffee and cheeses, Saudi stores have begun removing various Turkish products from their shelves after Saudi called to boycott these products, a sign that the rivalry between Riyadh and Ankara is intensifying.

Saudi Arabia and Turkey have long vied for the leadership of the Islamic world, but their regional rivalry intensified following the killing of Saudi journalist Jamal Khashoggi in 2018 in his country's consulate in Istanbul.

Turkish exporters of textiles and other goods recently complained of excessive delay in Saudi customs. Earlier this month, the head of the Saudi Chamber of Commerce called for a "boycott of all that is Turkish," stressing that it is "the responsibility of every Saudi, the trader and the consumer [to do so] in response to the continued hostility of the Turkish government against our leadership, our country and our citizens."

After this call, major supermarket chains in Saudi Arabia, including Abdullah Al-Othaim, Tamimi and Banda Markets, announced that they would stop importing and selling Turkish products.

Abdullah Al-Othaim Markets said in a statement on Twitter that the decision came "in solidarity with the popular campaign for boycott," stressing that "our leaders, our government and our security are an untouchable red line."

Some shops stated that they will continue selling Turkish products until the current stock runs out.

In a store in Riyadh, employees removed "made in Turkey" products from a large number of shelves, and filled carts with various products such as coffee, chocolate, and boxes of pickled vegetables.

Turkish cheeses were replaced by cheese made in Egypt.

"This is a very sensitive issue," the manager of one of the stores, preferring not to be named, told AFP, refusing to address the fate of the goods that had not been sold or the losses that the store would incur.

Amid doubts about the possibility of Turkey filing a complaint with the World Trade Organization, the Saudi authorities asserted that they have not placed any restrictions on Turkish products and that the boycott campaign is led by citizens.

However, a joint statement issued by eight prominent Turkish groups stated that Saudi companies were "forced to sign letters obliging them not to import products from Turkey."

In Ankara, the Turkish Contractors Union confirmed the existence of "various obstacles" to trade with Saudi Arabia, such as not inviting Turks to participate in soliciting offers, difficulty in obtaining visas for Turkish employees, and a delay in payment.

The union estimates that "the negative impression on Turkey led to (losses) of three billion dollars in the Middle East for our contractors last year."

The federation added that Saudi Arabia, which was in second place "in the list of countries with the most business in 2016-2018 (with Turkey), fell to the lowest levels."

It is not clear the direct reason for the recent launch of the Turkish goods boycott, but the two countries are fighting for influence in the Islamic world, and there are differences between Ankara and Riyadh on regional issues from Libya to Syria and even Israel.

In addition, Turkey is close to Qatar and has a military base there, which Riyadh criticizes.

Turkish officials were also the first to report the killing of Khashoggi. The crime damaged the image of Saudi Crown Prince Mohammed bin Salman, who Turkish officials said was involved in the operation.

The Saudi campaign targets the Turkish economy at a time when the Turkish lira is already in crisis, and the country, like many, faces coronavirus-related economic distress.

With the spread of the "Boycott Turkey" campaign on social media, a cartoon appeared in which an arm bearing the Saudi flag was pulling the ear of Turkish President Recep Tayyip Erdogan, whom Riyadh accuses of interfering in its affairs.

"Stop buying any Turkish product ... (Erdogan) fights our country with our money," read a message spread on WhatsApp.

'Political review'
Karen Young of the American Enterprise Institute says this is a "kind of political showpiece."

According to Young, this is "a tactic for Saudi domestic consumption, and a signal from the state for citizens to identify an external opponent."

Observers rule out that the Turkish government will submit to these pressures.

Saudi Arabia is only 15 among the major markets for Turkish exports. Among the basic materials purchased in Saudi Arabia from Turkey are textiles, chemicals, furnishings, carpets and iron.

Saudis have warned that the boycott campaign could extend to the kingdom's regional allies.

Observers pointed out the similarities between what is happening now and what happened when Saudi Arabia sought to show its financial strength by adopting punitive measures after diplomatic disputes with Canada, Germany and Qatar.

But Robert Mogielnicki, a resident scholar at the Arab Gulf States Institute in Washington, believes that "the bilateral trade flows between Saudi Arabia and Turkey are not large enough for the success or failure of the economy of either country."

"Turkey will lose more in the short term from the turmoil in bilateral trade relations. But Saudi Arabia should tread carefully to mitigate any negative impact on its reputation in the world with regard to its trade policy," he added.