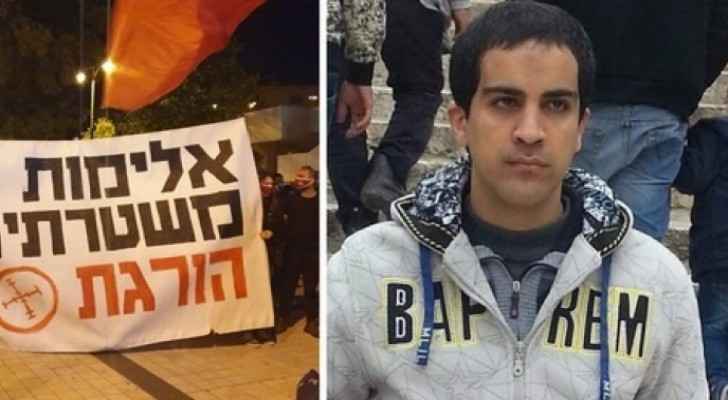 The Israeli occupation Ministry of Justice confirmed Wednesday that it is preparing an indictment for the manslaughter of an Israeli occupation policeman who shot and killed a Palestinian youth with autism earlier this year in the Old City of Occupied East Jerusalem.

On May 30, an Israeli occupation police officer killed 32-year-old Iyad al-Hallaq while he was walking to his school for people with special needs, after the officers mistakenly thought he was armed.

The crime took place near Bab al-Asbat, one of the gates of the Old City in East Jerusalem, which Israel occupied in 1967 and later annexed in a move not recognized by the international community.

The ministry said in a statement that the officer who shot the young barber, whose name was not mentioned, did not follow police rules and standards for shooting, nor did he resort to other suitable alternatives.

According to the statement, "the dead man did not pose any danger to the police or civilians at the scene of the accident."

This is an initial step, as the charges against the killer must be confirmed in a hearing before the case file is transferred to trial.

The policeman faces a maximum of 12 years in prison.

The ministry statement said that the police officers who were at the scene of the accident believed that Hallaq was a terrorist because of his "suspicious" behavior, as he started running when they ordered him to stop, and they chased him.

Khaled Zabaraqa, lawyer for the Palestinian youth’s family, welcomed the Israeli decision, but considered it “insufficient.”

"The circumstances of the crime, from our point of view, say that the killing was intentional, because the martyr did not pose any danger and did not make any suspicion to target and kill in this ugly way," Zabarqa added.

His father, Khairy Al Hallaq, confirmed earlier that his son "was suffering from the autism spectrum. He is a stoic figure, at the age of 32 years, but his mental age is only eight years."

Eyewitnesses reported that the barber panicked after the police shouted at him.

The killing of the Palestinian youth was denounced and angered Palestinians who gathered to mourn at his house and at his funeral.

On social media, the tag "Palestinian lives matter" (#PalestinianLivesMatter) was launched to demonstrate the similarities between Hallaq’s death and that of George Floyd, a Black American who was killed during his arrest by police in Minneapolis, Minnesota.

The hashtag #PalestineWillBeFree was also used.

One for the books: Jordanian teen publishes first book at ....

One for the books: Jordanian teen publishes ....

One for the books: Jordanian teen publishes ....

One for the books: Jordanian teen ....