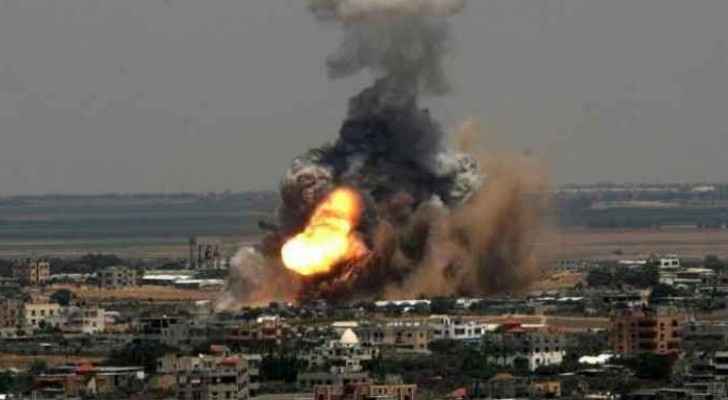 "Fighter jets and a helicopter raided a short time ago on an underground installation of the Hamas organization in the southern Gaza Strip, in response to the rocket fire from the Gaza Strip towards Israel earlier this evening," an Israeli occupation army statement said.

Sirens sounded in an area in southern Israel, adjacent to the Strip, before the missile, which no party has yet claimed, launched.

"The Iron Dome anti-aircraft missile system has intercepted the missile," the Israeli occupation military said in a statement.

This came shortly after the Israeli army spokesman Jonathan Conricus announced that a "tunnel stretching tens of meters" had been dug out of Khan Yunis in the southern Gaza Strip, leading to Israeli occupation territory.

A tweet in Arabic by Israeli occupation army spokesman Avichai Adrai stated that the tunnel "was monitored in an area within Israeli territory through an underground sensor system installed near the security fence established by the Hebrew state and separating it from Gaza."

Conricus confirmed that the tunnel did not cross the fence, indicating that it does not pose any risks to Israeli occupation areas and will soon be destroyed.

However, he considers it a "violation of Israeli sovereignty," adding that nearly twenty tunnels have been found in Gaza since the summer of 2014.

"We do not know at this stage which terrorist organization dug the tunnel," Conricus said, adding, "But we hold Hamas responsible for every activity that emanates from the Gaza Strip."

Commenting on this matter, Prime Minister Benjamin Netanyahu pledged to "continue to act (...) for the sake of Israel's security and against any attempt to attack our sovereignty or our citizens."

The sector, which is besieged by Israel, is under the control of Hamas, which the Hebrew occupation state classifies as a "terrorist" organization.

Hamas and the Israeli occupation have fought three wars since 2007.