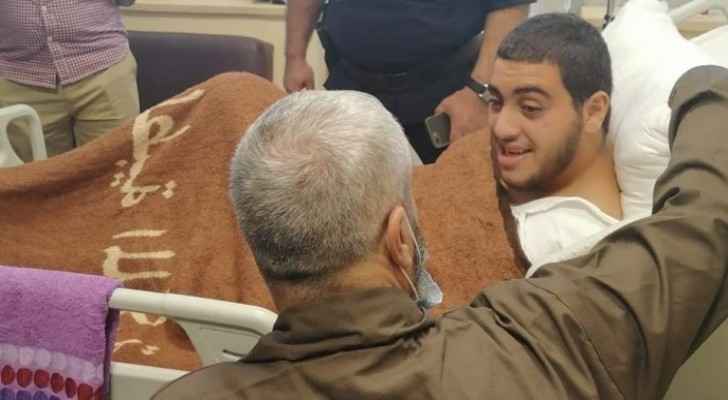 The father of the Zarqa Crime victim, who is currently incarcerated, was taken to visit his son, Saleh, at the hospital said the Public Security Director, Hussein Al-Hawatmeh Tuesday.

Hawatmeh instructed the Director of Correction and Rehabilitation Centers to make all the necessary arrangements to enable the inmate to visit his son following the incident on October 13. The arrangements were made considering the exceptional circumstances surrounding the family.

Last week, a group of men beat Saleh to a near death, gouging his eyes out and amputating his forearms in a case that has rocked the Kingdom.

Saleh said the group had targeted him because of a murder perpetrated by his father, for which he is currently imprisoned.

Sixteen people have been arrested and charged with premeditated murder in connection with the crime.