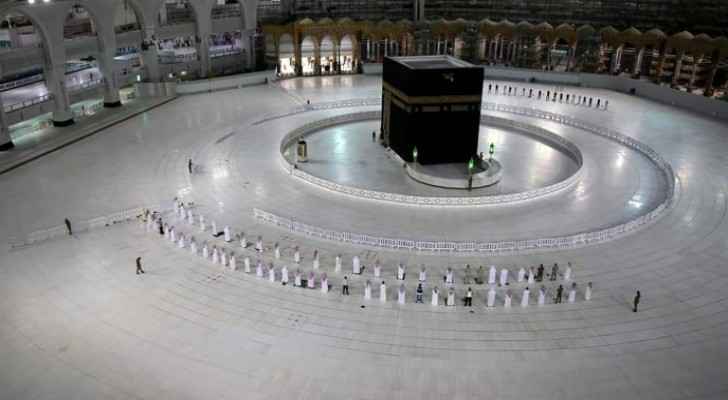 Worshippers performed the Fajr prayer on Sunday, at the Grand Mosque in Mecca for the first time in seven months as Saudi Arabia has allowed its citizens and residents to perform daily prayers at the mosque.

The second phase of resuming Umrah pilgrimage in Mecca has started today, Sunday, after banning it due to the coronavirus crisis in March, as the capacity has been increased to 75%.