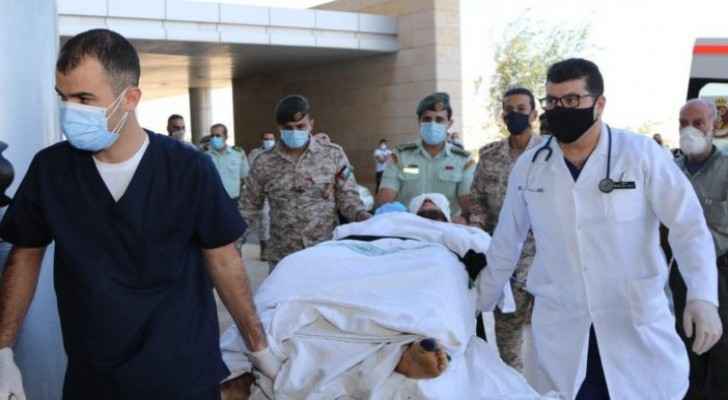 A relative of Saleh, the victim of the crime in Zarqa, confirmed that he is currently undergoing surgery at King Hussein Medical Centre on Thursday.

He explained in a statement to Roya that the operation is currently underway for Saleh’s eyes, which were damaged as a result of the attack on him.

His Majesty King Abdullah II instructed to have Saleh transferred to be treated by Jordanian Royal Medical Services in order to provide him with all necessary treatments.

Saleh had been attacked by a group of people, who had amputated his forearms and gouged his eyes in the Zarqa Governorate.

The Public Security Directorate announced that the accused have been arrested and will be referred to the State Security Court after completing the necessary investigations.