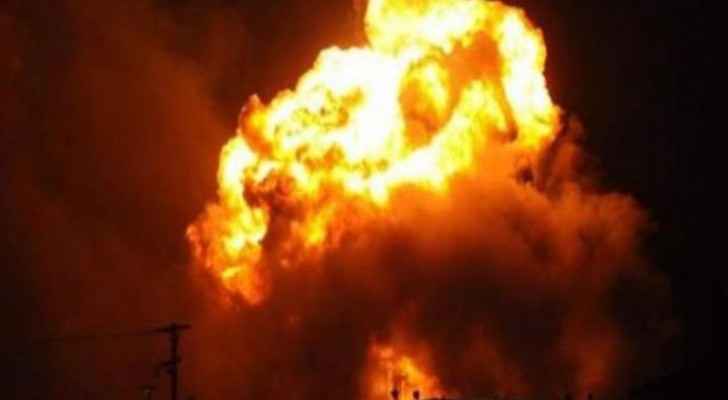 A gas cylinder exploded early Saturday morning near Sassine Square in Beirut killing one person. The cause was not immediately known.

Panic ensued beyond the Tariq el Jdideh area as Beiruits, many of whom are already traumatized from the Aug. 4 blast that killed over 200 and injured more than 6000, felt the shockwave of Friday’s explosion.

Firefighters on the scene worked to evacuate people trapped inside buildings, many of which were heavily damaged by the blast.

The blast comes as Beirut governor Marwan Aboud attempts to crack down on building violations that could threaten the safety of citizens.

"We feared that such an accident could happen," Aboud told Lebanese TV station Al-Jadeed Friday.

Tariq el Jdideh is a stronghold of the Future Movement led by ex-PM Saad Hariri, who announced his candidacy for premiership just one day before the explosion.

“I am in contact with all the competent security authorities to find out the causes of the explosion and follow up on the health conditions of the wounded and injured,” Hariri said.

The explosions are the latest in a string of blasts that have rocked Lebanon since the deadly Aug. 4 blast, caused by 2750 tons of ammonium nitrate carelessly stored at the Port for six years.

On September 22, a “technical error” at a Hezbollah arms depot in Ain Qana caused an explosion that left several wounded.