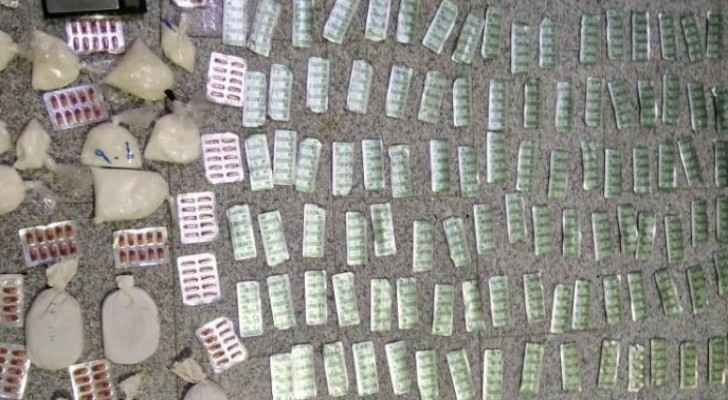 The Anti-Narcotics Department has seized three kilograms of Methamphetamine, 10,000 Tramadol pills, 1,500 Lyrica pills and six bags of cannabis in Amman, said the spokesperson for the Public Security Directorate (PSD), on Wednesday.

This came after the PSD received information that a wanted person for five different charges, who is also a repeat drug offender, possesses large amounts of narcotics aiming to market and sell them.

Police raided the house, found the narcotics and the suspect has been charged and has been referred to the Public Prosecutor of the State Security Court.