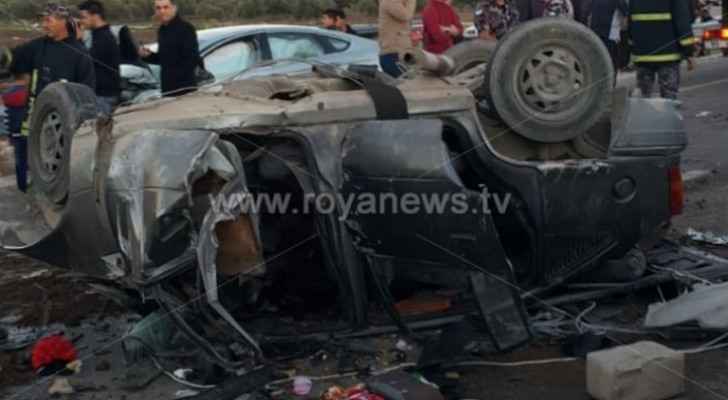 A total of 389 car accidents have been recorded in the Kingdom over the past 24 hours, 301 of which were reported in Amman, according to the Public Security Directorate's (PSD) daily announcement on Amen FM on Monday.

The accidents resulted in 23 injuries and one death in the capital, as well as one death outside Amman.

The Central Traffic Department dealt with 848 complaints on Sunday.

The PSD's new traffic safety campaign The Safe Way is ongoing, which aims to increase compliance with traffic rules and priorities, as well as eliminate reckless driving and wrong practices to protect citizens across the Kingdom.