Restaurants, cafes, mosques and churches to reopen on Thursday

Restaurants, cafes, mosques and churches to reopen on Thursday 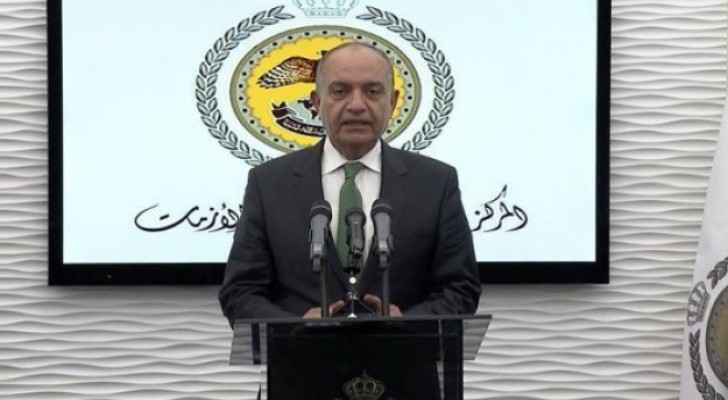 The defence order aims to increase the punishment for those who violate Defence Orders 8 and 16.

Violaters of the defence order will face a JD500-1,000 fine, a prison sentence of no more than one year or both for first time violations.

Repeated violations will face a prison sentence of no more than one year, a fine of no less than JD1,000 or both.

Mosques, churches, restaurants and cafes will reopen with strict health and safety measures on Thursday, said the Minister of State for Media Affairs, Amjad al-Adayleh.

Establishment owners must sign pledge vowing to abide by health and safety protocols, said the Minister of Tourism, Majd Shweikeh.

Restaurants and cafes must not exceed 50% capacity, leave a minimum of two meters between tables and seat a maximum of 10 people per table.

Parties are not allowed in restaurants and cafes.

Mosques will be open for all prayers, including Friday Prayer, as of Thursday dawn, said the Minister of Awqaf and Islamic Affairs, Mohammad Al-Khalaileh.

Churches will reopen their doors as of Thursday, said the president of Jordan Churches Council, Archbishop Christoforos Atallah.

The government has decided to bring back home-quarantine for those arriving from red countries for a period of 14 days. They will also be tested for COVID-19 on the seventh and 14th days.

The government has updated the list of green, yellow and red countries, said Adayleh.

Those who tamper with or provide fake PCR test results will be punished — a prison sentece for up to one year, JD 3,000 fine or both.

Inspection teams will stregthen their monitoring campaigns to ensure facilities are committed to defence orders.

The Ministry of Industry, Trade and Supply caught 171 violations by local establishments in different governorates in the Kingdom.

Ministers are allowed to announce the names of violationg institutions, which have been shut down for violating defence laws.

The current procedures impelemented in Jordanian schools will continue until October, 16, said the Minister of Education, Tayseer Nuaimat.

Education for students of grades between forth and eleventh will remain online until October 16.

Bachelor's degree students will resume their education through distance learning, he added.

University majors that require pratical work are allowed to attend classes at the university, while abiding by health and safety measures.