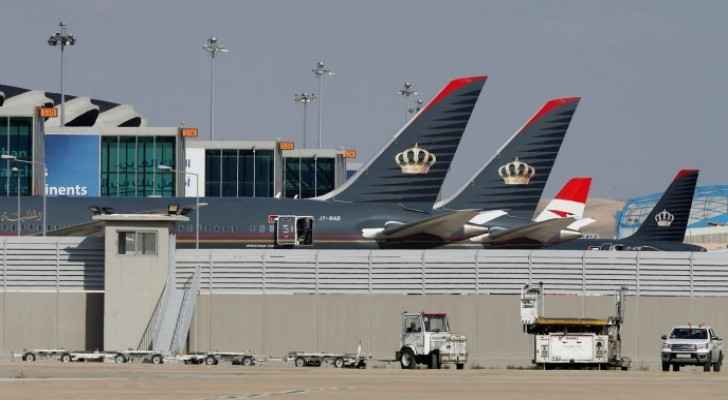 A total of 17,199 passengers have arrived at Queen Alia International Airport on board of 243 flights, during the first two weeks of the resumption of international flights, from 8 to 22 September.

The first two weeks of the resumption of international flights saw a significant decrease in international passenger traffic and aircraft movement compared to the same period in 2019, which included a total of 365,451 passengers, and 3,243 flights, indicating a sharp decline of 95.29% and 92.51%, respectively.