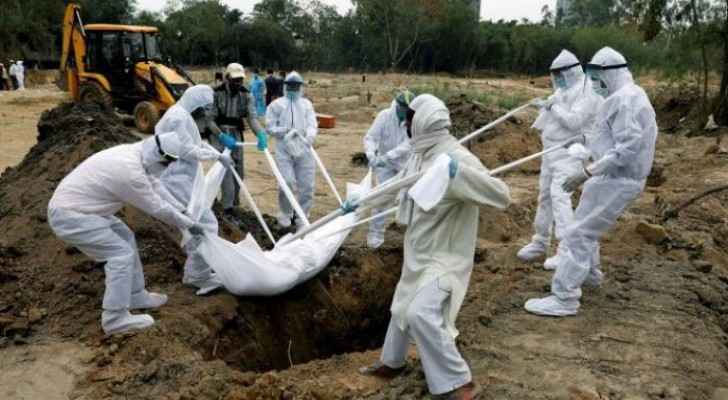 The world's weekly death count due to coronavirus reached 50,000 briging the global death toll closer to one million deaths, said the World Health Organisation (WHO) on Friday.

This comes in spite of the fact that coronavirus deaths and infection rates are stablising.

A total of nearly 947,000 deaths and more than 30.2 million positive cases have been recorded so far across the world, since the beginning of the coronavirus crisis in China in December, according to official sources compiled by Agence France-Presse.

"We are adding nearly 1.8 to two million cases per week to the global case count, and an average of somewhere between 40,000 to 50,000 deaths," WHO emergencies director, Michael Ryan said in a virtual news conference.

He said these number are extremely high to be settling on and it is not where the world wants to be.

"Even though those numbers are flat at a global level, that covers up the fact that at regional and sub-regional level in some countries, we're seeing a significant rise in cases,” added Ryan.

Large parts of Europe have prepared to impose new, wide-ranging restrictions to stop any further spread of COVID-19.

The UN health agency was seeing "worrying trends in the northern hemisphere" in terms of case numbers, hospitalisations and intensive care admissions, "and we haven't even started the flu season yet,” said the WHO's technical lead on COVID-19, Maria Van Kerkhove.

And while the world waits for a vaccine, where 36 are currently being trialled on humans, some countries had learned throughout the pandemic that they could get on top of the virus with the measures already available, said the American official.

"As we approach 30 million cases and one million deaths, we have a long way to go," said the official.

Even though the health situation regarding COVID-19 has worsened since January, but experts and citizens has learned a lot about it, he added.

“We know so much more now and countries are showing us that they can use the tools they have now to break chains of infection and save lives", said the official.

COVID-19 has shown that collectively, the world was not prepared for the pandemic, said WHO director-general, Tedros Adhanom Ghebreyesus

WHO director calls on countries not to vaccinate children

WHO director calls on countries not to vaccinate ....

WHO director calls on countries not to ....

WHO director calls on countries not to ....