Precautionary measures important for health and safety of Jordanians during elections

Precautionary measures important for health and safety of Jordanians during elections 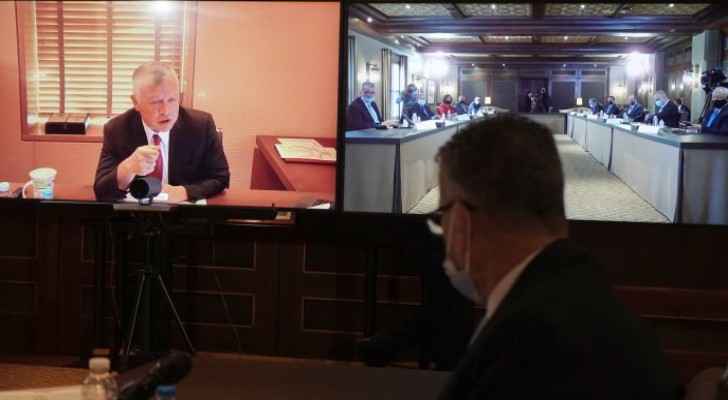 Compliance with precautionary measures is essential in order to protect citizens during the upcoming elections, said King Abdullah II, on Tuesday.

The Royal Hashemite Court tweeted, "His Majesty King Abdullah II, at a teleconference meeting with president and members of the Independent Election Commission’s board of commissioners, calls for taking all necessary precautions to ensure public health and safety during the upcoming parliamentary elections #Jordan."

His Majesty stressed the importance of the law and accountability for those who violate them, during a video-conference with the chairman and members of the Board of Commissioners of the Independent Election Commission.

His Majesty expressed his support for the Independent Election Commission and his confidence in their ability to manage the elections with the highest levels of integrity and transparency.

Khamenei says elections victory for Iran in face of 'enemy ....