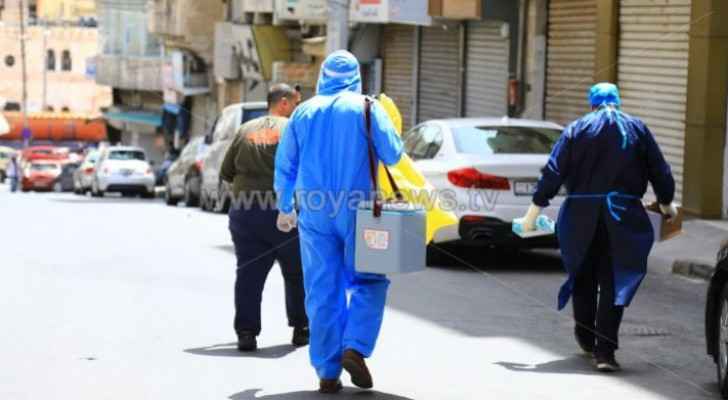 New coronavirus cases have been recorded in a number of regions in Jordan, since Monday dawn.

The new cases involve, two cases in Madaba, the first one involves a 75-year-old woman and the other case involves a 38-year-old man, announced the city's governot, Ali Madi, on Monday.

Both cases were transferred to quarantine areas in the Dead Sea region, Madi added.

Four cases were also recorded in Jerash on Monday, the buildings of the infected were isolated, and samples were taken from everyone who came into contact with the infected, said the city's governor, Firas Abu Qaud.

Abu Qaud added the buildings will be sterillized and disinfected.

In addition, two new COVID-19 cases were recorded in Balqa, samples were taken from people who came into contact with the infected and some buildings in the governorate were isolated, announced the governor of Balqa, Nayef al-Hajaya on Monday.

Meanwhile, on Sunday night, 35 cases were recorded in Ghor al-Safi in Karak.

Health situation in Jordan is very ....

Jaber calls on private hospitals to prepare rooms for ....

Jaber calls on private hospitals to ....