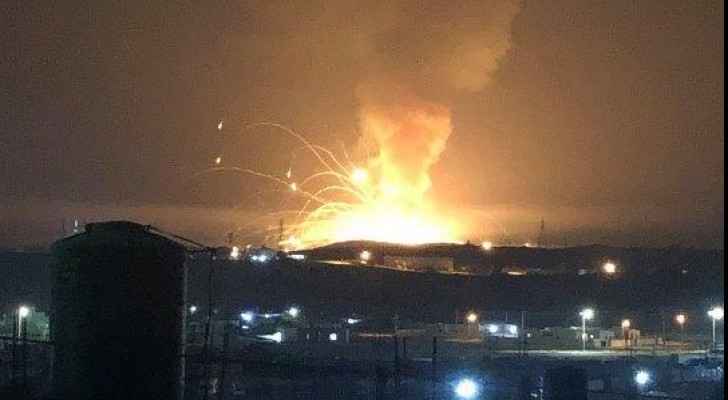 An explosion occurred at an old warehouse in Zarqa in the early hours of Friday morning, reported Roya’s correspondent from the scene.

The location was used to store mortars and explosive shells, which were in the process of being dismantled at Al-Tafih area in an abandoned area in Zarqa, an official source from the Jordanian Armed Forces.

The explosion did not result in any casualties and the destruction was limited to material damage, he said.

Preliminary investigations show that the explosion was caused by very high temperatures, which led to a chemical reaction between the substance inside one of the mortar shells.

Even though no injuries were reported, the Minister of health, Saad Jaber, visited the Zarqa Governmental Hospital after the explosion, to ensure the hospital and its staff are operating well.

All roads to Zarqa were closed for a few hours and local police forces surrounded the are were the explosion took place.

Most roads were opened again, except for those leading to the explosion site, which remains closed.

The Jordanian armed forces said they are the only reliable source for disseminating information related to the incident in a transparent manner, calling on citizens not to spread the rumours circulating on social media platforms.