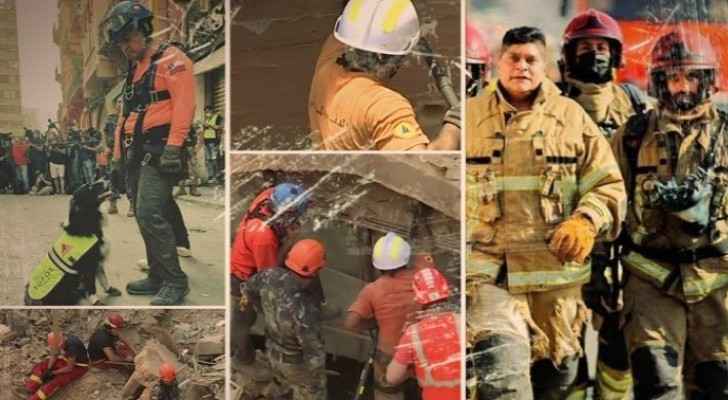 Rescue efforts are ongoing for the third consecutive day in Gemmayzeh as Lebanese hold their breath at the prospect of finding a survivior underneath the rubble of a collapsed building one month after the devastating explosion that rocked Beirut.

While thermal and pulse-detecting technology have strongly suggested signs of life under the debris, rescuers have thus far not been able to locate the exact location wherein the body or bodies may be. Rescuers are currently trying to escavate the third floor of the building, having completed inconclusive digs in the second floor, and the alley between the collapsed building and its neighboring building.

The smell of the body was originally detected by Flash, the four-legged member of TOPOS Chile, the rescue team that has been leading the search efforts. TOPOS Chile previously rescued a man in Haiti that had been trapped under a building for 27 days.

Though chances of survival dwindle by the hour, Lebanese are clinging tightly to hope in a time of desperation. Yesterday, the city commemorated the one month anniversary of the blast that left almost 200 dead and thousands injured. The blast was caused by the improper storage of nearly 3,000 tons of explosive ammonium nitrate at the Beirut port. Details surrounding the blast remain unclear.

Lebanese officials have been eerily silent as the search efforts continue, a fact that is both unsurprising and infuriating to many Lebanese who blame the government for the delayed effort.

“I’m... not shocked that this took a month. They should’ve done it in the first 24 hours… maybe the death toll or the missing could have been half. The Lebanese government procrastinates everything that’s not in their interest,” said one onlooker at the scene.

Many local residents say they reported a foul smell eminating from the collapsed building currently being searched to the municipality weeks ago. Authorities declined to search the building.

Authorities at the scene ask for patience as the search continues, noting that it’s a dangerous process for all involved.