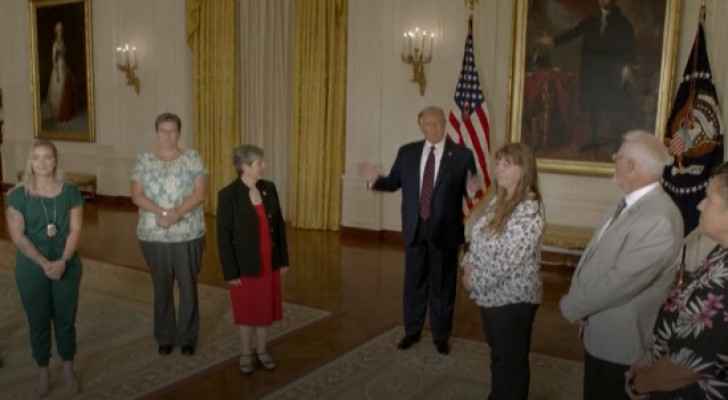 Trump had gotten the party's unanimous nomination for a second term earlier on Monday.

The conversion implied that the president’s response to the coronavirus crisis saved thousands of lives and ensured economic recovery, which is not necessarily true, reported AFP.

Trump's son, Donald Trump Jr, framed the November election as a choice between "church, work and school" and "rioting, looting and vandalism".

Nearly all speakers at the convention made no mention of the 177,000 American citizens killed by COVID-19, and said Trump "quickly took action" to control the spread of coronavirus.

Speakers warned that Biden would bring "socialism" and danger to the nation.

After Trump was confirmed as the party’s candidate, he appeared at the convention and delivered a speech.

"They are trying to steal the election," said Trump. "The only way they can take this election away from us is if this is a rigged election."

Polls show Trump coming behind Biden, who had his convention last week.

Trump hopes the convention will shift voters' attention from the coronavirus crisis to what he described as a "super V" shaped economic recovery.

Trump’s daughter, Ivanka, is also set to speak, while First Lady, Melania Trump, is scheduled to address the public from the White House's Rose Garden on Tuesday.

Republican congressman, Matt Gaetz, said in his speech: "We must fight to save her now," speaking of the United States "or we may lose her forever".

Biden to end support for 'offensive operations' in Yemen: ....

Biden to end support for 'offensive ....