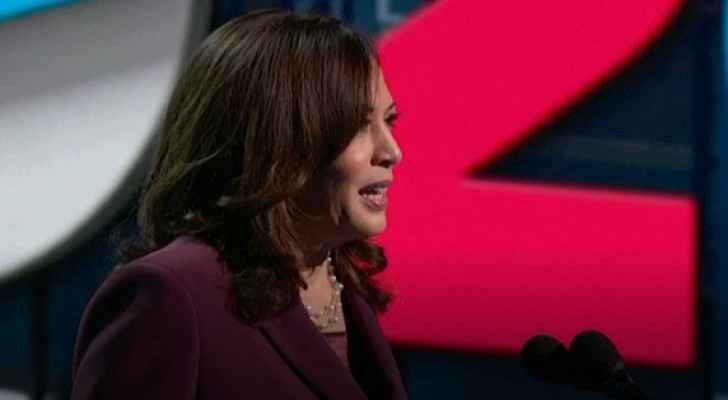 Kamala Harris made history when she accepted the Democratic nomination for vice president, on Wednesday.

She urged Americans to vote for Joe Biden, "a president who will bring all of us together."

"Donald Trump's failure of leadership has cost lives and livelihoods," the former California prosecutor charged in her acceptance speech. "We're at an inflection point."

Biden, who faces Trump on November 3, is due to give his own acceptance speech on Thursday.

Obama said that on handing over the White House to Trump in 2017, he thought the Republican "might show some interest in taking the job seriously; that he might come to feel the weight of the office and discover some reverence for the democracy that had been placed in his care."

"But he never did," Obama said.

"Tonight, I am asking you to believe in Joe and Kamala's ability to lead this country out of dark times and build it back better," said Obama.