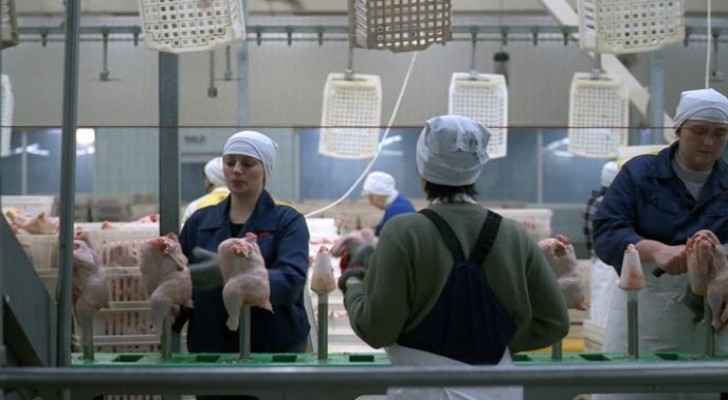 The Ukrainian embassy will not tolerate any attempts to tarnish its good reputation as a “trustworthy and reliable partner for the MENA region”, it said in an official statement issued on Thursday.

After releasing statements on August 3 and 4, the Embassy remained silent regarding this issue “out of true respect that [it has] towards the Government of Jordan and in order to enable the relevant Jordanian authorities to carry out an impartial, comprehensive study of the situation”, it said.

The Embassy expressed its appreciation for the Jordanian government’s quick and professional response to the food poisoning incident and stressed the importance of preserving the reputation of its country and high-quality poultry products, which has been confirmed.

The Integrity and Anti-Corruption Commission confirmed that no poultry from Ukraine entered the Kingdom after the import ban was imposed on January 26, said a member of the investigation committee on August 19.

“Ukraine is the global top food security provider delivering the best product and this position is well deserved and time proven. Our poultry products have been the leading export item for over 10 years earning a remarkable reputation and no complaints,” said the statement.

The Embassy announced it will be acting accordingly, taking all the relevant circumstances into consideration.

“Those involved in the media or behind-the-scenes campaign aimed to distort the image of Ukraine and to damage its reputation, have exposed themselves,” it said.

The last shipment of Ukrainian chicken entered the country on January 2 — before the import ban decision was issued from Ukraine on January 26.

It was deposited into Bonded warehouses, a free trade zone for storing imported foodstuffs in Jordan, after passing safety inspections by the Jordan Food and Drug Administration (JFDA), said the source.

Regarding the other poultry shipment, which entered Jordan on January 6, the source said it was re-exported after authorities refused it because the importer was not licensed — even though it was fit for human consumption and arrived before the import ban.

The Minister of Environment, the assigned Minister of Agriculture, Saleh Al-Kharabsheh, called for legal action to be taken regarding the allegations that accused the Ministry of Agriculture of knowingly approving the entry banned imports from the Ukraine.