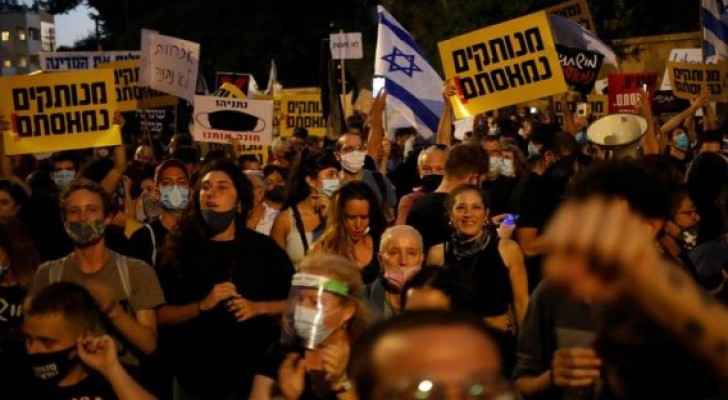 Thousands of demonstrators carried out massive protests against Israeli Prime Minister, Benjamin Netanyahu, in occupied Jerusalem on Saturday evening, demanding his resignation in light of the corruption accusations leveled against him.

The protesters demonstrated once again after Netanyahu's government did not respond to resignation demands.

The demonstrations followed the huge rise in unemployment rates after the COVID-19 pandemic started, as it increased to 21% compared to 4% before the outbreak.

The Israeli government received criticism after it eased the coronavirus restrictions in late April, which resulted in a huge increase of positive COVID-19 cases.

Agriculture Minister submits his resignation to the Prime ....