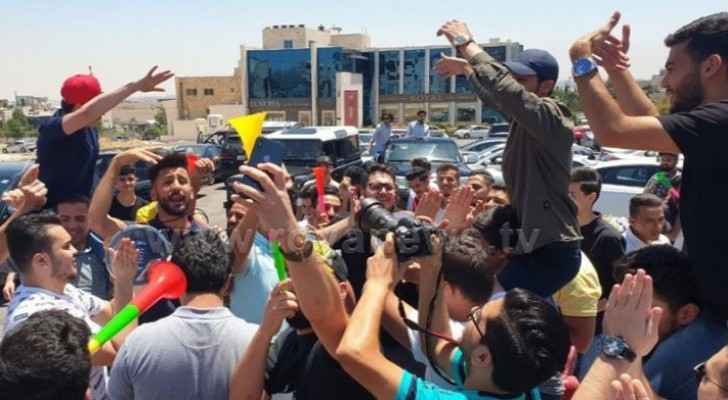 The sound of celebrations was heard all over Jordan on Saturday morning, after the Ministry of Education announced the results of the high school examination, Tawjihi.

Tawjihi results were expected to be announced at 10am on Saturday, but the Ministry of Education announced them at dawn instead.

The sound of fireworks could be heard in most areas in Jordan at dawn after the results were announced.

Tawjihi students in Jordan bid farewell to their schools ....

Tawjihi students in Jordan bid farewell to their ....