VIDEO - Al-Safadi from Beirut: We stand by Lebanon during this crisis

VIDEO - Al-Safadi from Beirut: We stand by Lebanon during this crisis 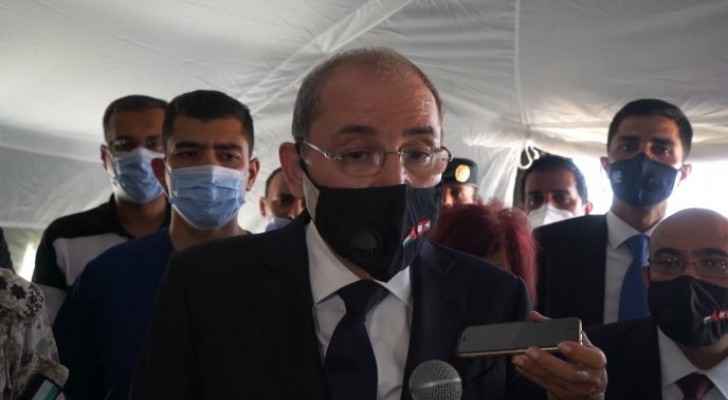 The Minister of Foreign Affairs and Expatriates, Ayman al-Safadi, arrived in Beirut on Tuesday, following the orders of His Majesty King Abdullah II to convey Jordan's condolences for the victims of the Beirut’s port explosion and to reaffirm once again Jordan's solidarity with Lebanon.

Al-Safadi said in a press conference that additional relief supplies will be delivered to Lebanon on Jordanian planes, the first of these planes will arrive next Thursday.

He also said the Jordanian Military Field Hospital will remain in Beirut for as long as is needed.

The Field Hospital was inaugurated in an area near Beirut, on the directives of King Abdullah II, Supreme Commander of the Jordanian Armed Forces.

The hospital is the highest rank of field hospitals and is fully equipped to work independently with medical staff prepared to operate on all medical and urgent cases in need of surgery.

'May God not forgive them for what they ....