VIDEO: Chaos continues in second day of demonstrations in Beirut

VIDEO: Chaos continues in second day of demonstrations in Beirut 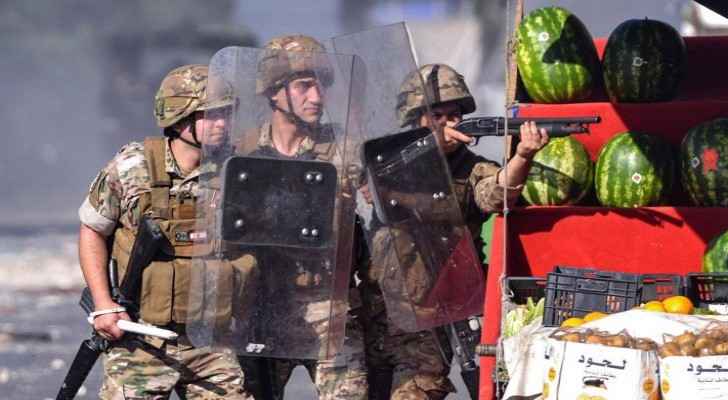 A second day of anti-government protests saw police continue to fire tear gas at rock-throwing demonstrators after Tuesday’s blast in Beirut triggered another wave of anger towards Lebanese authorities.

Body armour-clad riot police came to blows with thousands of protestors as they descended on Parliament Square and Martyrs’ Square. Demonstrators successfully broke into the ministry offices of housing and transport.

“We gave these leaders so many chances to help us and they always failed. We want them all out, especially Hezbollah, because it’s a militia and just intimidates people with its weapons,” said unemployed protestor, Walid Jamal, referring to Lebanon’s most influential Iran-backed armed grouping that has ministers in the government.

“...the whole government should resign as it is unable to help the country recover,” he said during his sermon on Sunday.

The explosion at the capital city’s port of 2,750 tons of ammonium nitrate killed at least 158 people and wounded 6,000. The disaster has exacerbated an already desperate situation in the country as a result of political and economic collapse.

The first day of protests on Saturday saw about 10,000 people gather in united anger, demanding an end to corruption and poor governance.

One policeman was killed and, according to the Red Cross, at least 170 people were injured during the violence.