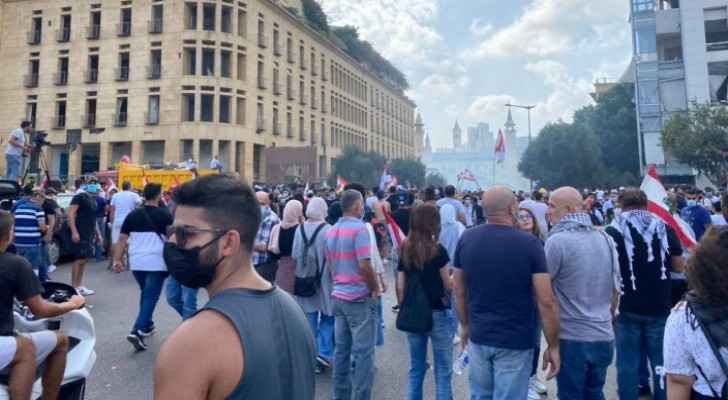 Riot police fired tear gas at protestors in Beirut as they attempted to reach the parliament building on Saturday, as a result of mounting anger at the Lebanese authorities’ response to the devastating explosion at the port this week.

Approximately 5,000 people descended on Martyrs’ Square located in the centre of the city, some throwing stones. Police fired tear gas when protestors attempted to force their way through a road block leading to parliament, according to Reuters.

“The people want the fall of the regime,” chanted protestors as they waved posters with the words “Leave, you are killers” written on them.

“We want a future with dignity, we don’t want the blood of the victims of the explosion wasted,” said protestor Rose Sirour.

At least 158 people have been killed and around 6,000 have been wounded in the huge blast at the port on Tuesday, according to the Ministry of Health. Dozens are still missing.

Months of protests against what citizens have called a corrupt government had already plagued the country. Already crippled by debt and with a currency taking a catastrophic nose-dive, the timing of this disaster could not have been worse.