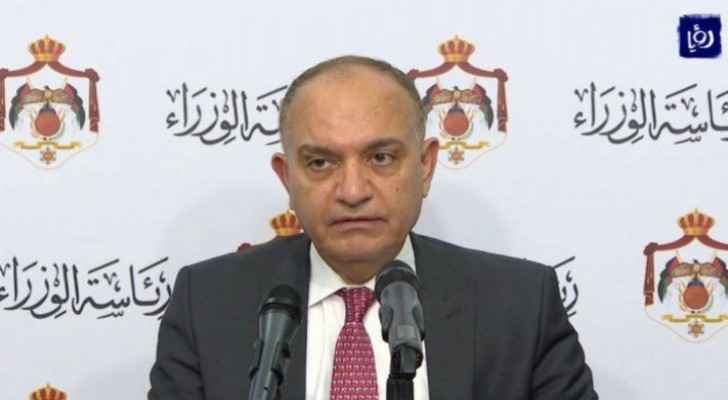 The gradual return of Jordanians from abroad will begin on August 15, the Minister of State for Media Affairs, Amjad Al-Adaileh, announced during a press conference on Thursday.

The local COVID-19 situation will be taken into consideration, as well as the availability of institutional quarantine vacancies.

The Ministry of Foreign Affairs and Expatriates has activated a platform dedicated to the repatriation of Jordanians through land and sea: http://safelyhome2.gov.jo

The registration platform has been re-activated to receive requests from Jordanians wishing to return via flights: http://Safelyhome.gov.jo

Both platforms will remain permanently active.

Citizens who have previously registered but have not been able to return, must submit new applications and provide supporting documents along with other required information.

Both platforms are exclusive to Jordanians — non-Jordanians must apply through the Jordanian embassy in the country they are currently in.

A flight arriving from Northern Cyprus will only be carrying students.

The National Committee for Epidemics will consider additional destinations if needed, which will depend on the number of applicants.

The committee decided to operate four flights from the United Arab Emirates, between the fourth and fifth official groups of returning citizens.

Two flights will leave from from Dubai and two from Abu Dhabi on August 9 and 10.

The flights were approved to return Jordanians who must leave the United Arab Emirates before the tenth of this month to avoid fines.

The Royal Jordanian flight coming from Rome on August 8 will arrive as scheduled, despite the decision to postpone regular flights, to return Jordanian citizens from Italy.

Travellers onboard the flight from Rome will have to complete seven days of institutional quarantine.

The committee continues to accept applications from citizens wishing to return over land.

September 1 has been set as the first official day of school in Jordan, which means teachers will start working ten days before.

The start of the school year and the academic process are urgent national priorities, especially after last year which was interrupted due to the coronavirus crisis.

Approximately 30 days have been lost from the last academic year, due to the establishment of a complete electronic education system for distant learning and teachers’ union strikes.

The government is focused on preparing for the new academic year to ensure all schools, institutes, universities and other educational facilities are ready to receive students.

All health and safety requirements must be met to resume the academic year, which will change based on the local COVID-19 situation.

The government hopes for Jordan to reach a low-risk (green) stage, which is when no local cases are recorded for ten consecutive days, by September 1.

The Ministries of Education and Health along with the National committee for Epidemics have developed protocols to deal with different scenarios regarding positive cases being recorded in educational institutions.

Ways to deal with positive cases, how to contain the spread of COVID-19, how to compensate for education electronically and effectively, without interrupting the academic year.

No one has been arrested under Defence Law, says ....

No one has been arrested under Defence Law, says ....

No one has been arrested under Defence Law, ....

No one has been arrested under Defence ....