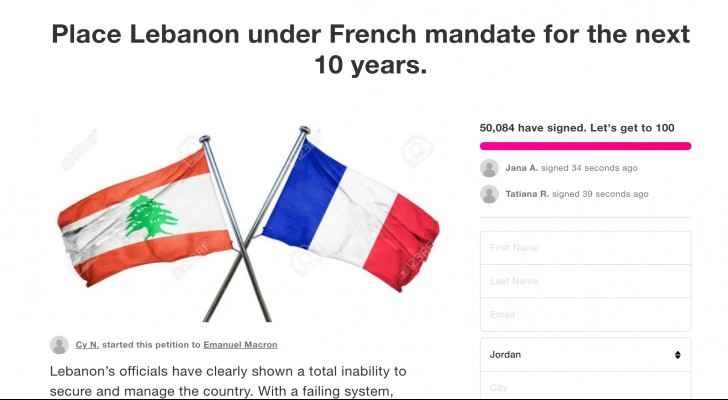 More than 50,000 people have signed an online petition calling for Lebanon to be placed under French control for the next 10 years, after being launched on August 5.

The petition page read: “Lebanon’s officials have clearly shown a total inability to secure and manage the country.”

It said the country had reached its limit due to the current failing system, terrorism, corruption and militia.

“We believe Lebanon should go back under the French mandate in order to establish a clean and durable governance,” it read.

The petition was addressed to the President of France, Emanuel Macron, and exceeded its an original target of 100 signatures.