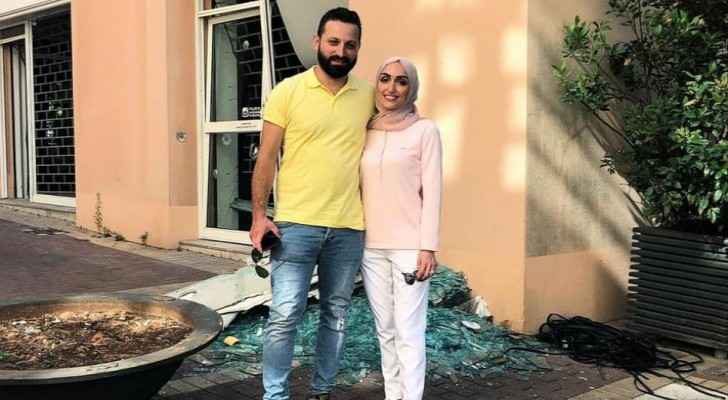 A Lebanese bride had no idea that her wedding day would turn to tragedy after a catastrophic explosion at Beirut port.

Dressed in her ornate white gown, Israa Seblani, 29, was smiling at the camera on Tuesday just seconds before the explosion erupted in the city; killing dozens, injuring thousands and demolishing the homes of hundreds of thousands.

Seblani, a doctor working in the US who arrived in Beirut three weeks ago for her wedding, was anxious to ensure no one was injured during the incident.

“I was preparing for this day the past two weeks, and I was full of joy like all the other girls who get married. My parents were going to be so happy to see me in a white dress, just like a princess,” said Seblani.

“The explosion happened suddenly. There are absolutely no words to describe the tragedy. I was traumatized. I was thinking ‘what happened? Will I die? How will I die?’.”

Seblani’s husband, Ahmad Subeih, 34, said: “We began wandering around [after the explosion]. It was really saddening. The amount of destruction and damage was unfathomable. We are still in shock. I’ve never heard an explosion so loud before.”

Despite the dreadful circumstances, the couple were able to proceed with their celebration.

Seblani said: “My husband insisted that we continue celebrating, we cannot stop. I was fine, I wasn’t actually living the moment, I walked with a smile on my face – but on the inside I was feeling traumatised.