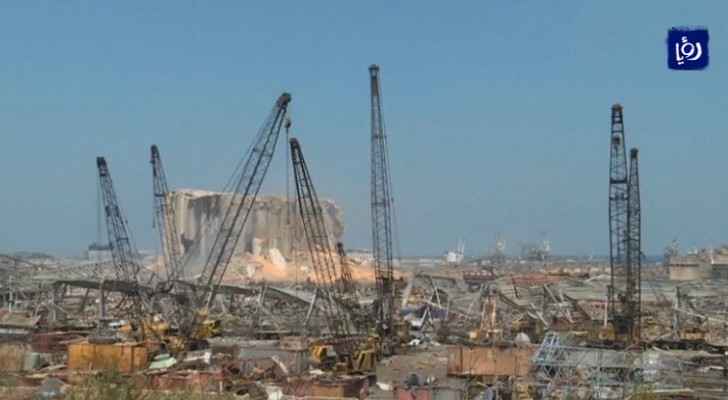 Economists have predicted devastating economic consequences for Lebanon, a country already hit with a financial crisis, following the Beirut port blast on Tuesday.

The Beirut port explosion caused huge losses in the port’s facilities, which is considered one of the most important waterways for ships crossing between East and West.

The director of knowledge and co-founder of Triangle Consulting, Sami Halabi, called it “the beating heart of the country as it provided around 80% of imported goods, which kept the economy moving”.

Economic losses include ship traffic, port fees and other direct losses such as food and wheat stocks, valued at billions of dollars.

Lebanon was already suffering from an economic crisis and crippling debt.

The blast has decimated a vital economic artery for the country.

Many warehouses are located near the port, where the country’s most important food commodities are stored.

The explosion has destroyed Lebanon’s food supply, with only enough grain reserve to last a further month.

In an attempt to reduce any further losses, the Supreme Defence Council recommended the port of Tripoli take over the commercial exchange movement until Beirut port is fully-operational again.

This unprecedented new crisis facing Lebanon and its repercussions may challenge the government's ability to secure food for Lebanese citizens, considering rising prices, an 80% drop of the value of the Lebanese lira since October and Beirut being officially declared a disaster-struck city this week.