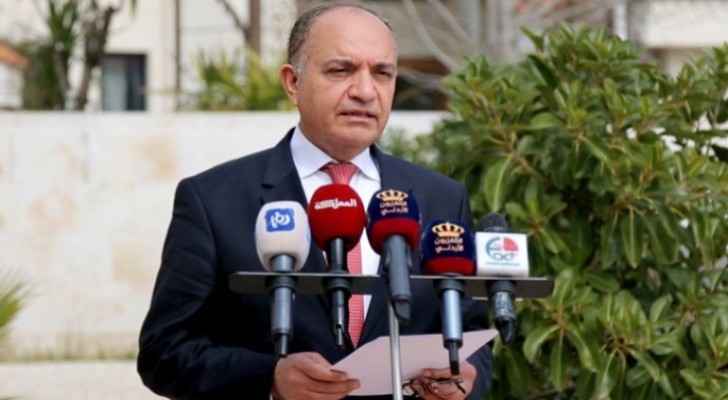 Defence Order no.11 requiring members of the public to adhere to health and safety guidelines in public spaces will be activated, the government announced today, despite the same order being first announced at the beginning of May.

Speaking during a press conference on Wednesday, the Minister of State for Media Affairs, Amjad Al-Adaileh, gave specific emphasis to the responsibility of business owners to abide by the law.

Social events such as weddings, large gatherings, funerals and banquets are violating health and safety regulations, as such, the authorities will step up efforts to prevent these types of events from taking place, said Adaileh.

With the start of the school year and parliamentary elections approaching, the minister stressed the need to abide by health and safety guidelines.

Referencing the recent countrywide protest action by teachers in relation to the suspension of the Jordan Teachers’ Syndicate, Adaileh said the government would not be lenient on those who assaulted police officers and members of the special forces while they were performing their official duties.

People who put the country’s security at risk will be held accountable. Financial, trade union or party demands will not be met by bullying the state but through dialogue and acceptance of one another, he said.

He reiterated the government’s plan to pay all public sector employees their bonuses at the beginning of 2021.

The decision to postpone the reopening of airports was due to the health instability regionally and internationally, regarding COVID-19.

There has been a significant increase in the number of cases and deaths, which called for strict measures to be reinstated, to avoid setbacks and prevent the spread of coronavirus, he said.

The announcement was made based on recommendations from the National Committee for epidemics.

The health and safety of Jordanians is a top priority and no effort should be spared to protect citizens, said Adaileh.

Jordanian government not considering a ....