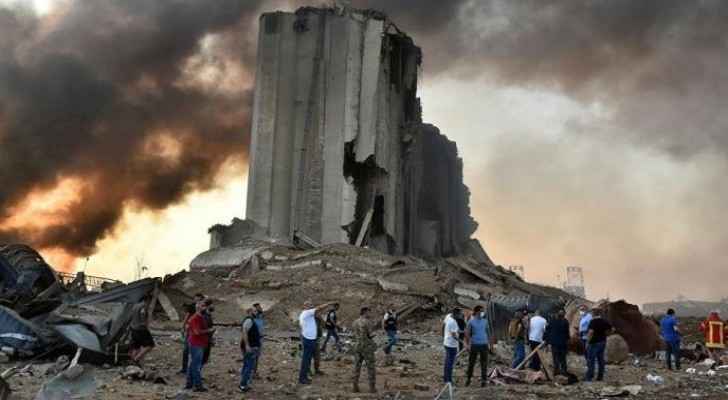 A document addressing the Lebanese authorities and requesting action to be taken regarding the ammonium nitrate shipment which exploded on Tuesday, circulated across social media platforms on Wednesday.

According to the official letter, the document was sent by the Director General of Customs to the Judge of Urgent Matters in 2017, but a response was never received.

The customs official had asked the judge to make a decision regarding the ammonium nitrate, which had been stored in warehouse no.12 at the port since 2014.

The director of the Beirut Port, Hassan Koreitem, said authorities knew about the dangerous materials in the port.

Lebanese Economy Minister, Raoul Neama, said Lebanon will run out of grains in less than month, after the country’s main grain reserve was destroyed in the blast.

Lebanese Armed Forces rescue teams are still searching for missing people under the rubble of collapsed buildings at Beirut port.

Up to 300,000 people are believed to have been made homeless and the current death toll of around 100 is expected to rise.

Lebanese President, Michel Aoun, visited the site of the explosion at the Beirut Port, accompanied by the Commander of the Lebanese Army, Joseph Aoun.