Registration for Jordan’s Parliamentary elections to take place in October

Registration for Jordan’s Parliamentary elections to take place in October 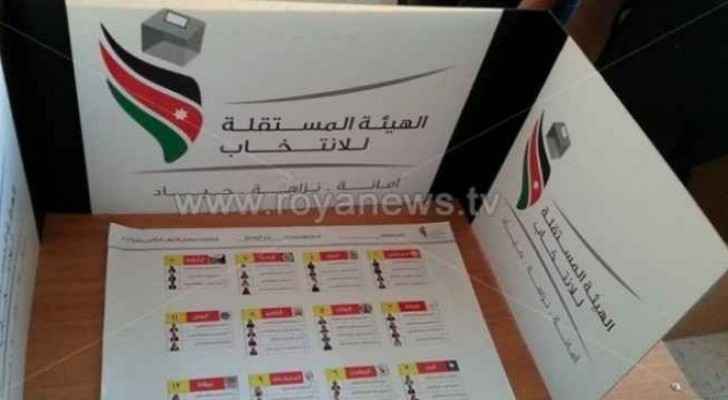 People wishing to run as candidates in Jordan’s 19th Parliamentary elections will be able to register on October 6, 7 and 8, the Independent Election Commission (IEC) announced on Sunday.

The IEC said requirements for those wishing to run for candidacy in the House of Representatives stipulate a person must:

· have had the Jordanian nationality for at least 10 years,

· not have filed for bankruptcy, unless their legal status has been duly rehabilitated,

· not have been legally interdicted,

· not have been sentenced to imprisonment for more than one year for a non-political crime, unless they have been exonerated of it,

· not be a relative of the King,

· not be involved in a government or public sector contract,

· be included in the Final Voters List, and if they are a candidate for one of the Bedouin constituencies (North, Centre and South), they must be registered in the voter lists for that constituency.

In the case of public servants or elected officials, they should resign at least 60 days before election day.

Each candidate must pay an individual fee of JD 500 to register, which is non-refundable and will be credited to the treasury. And each list must pay a deposit of JD 2,000, which will be returned if the list commits no campaign violations.

It is not permissible for any candidate to nominate himself for membership in the House of Representatives except in a single constituency and in one list. Also, the list must provide the required documents for the purposes of financial disclosure and spending control which are mentioned in the executive instructions for election campaigns.

According to the Jordanian law after the application for candidacy has been submitted, the Board of Commissioners of the Independent Election Commission shall issue its decision to accept the application or reject it.

However, it can also accept or reject the name of one or more of the applicants mentioned in the candidacy application’s list, and this process takes seven days from the day the application is received.

If the Board of Commissioners decides to reject the candidate’s request, it must indicate the reasons behind the rejection.

To identify a serial number, name and lists’ code, a lottery is held in the presence of the electoral commissioners' candidates running in front of the head of the election committee on the last day of the nomination after the end of the official working hours, and the lottery’s result is final.

Parliamentary elections in Jordan on November 10

Parliamentary elections in Jordan on November 10

Parliamentary elections in Jordan on November ....

Parliamentary elections in Jordan on ....