Government will not tolerate students' future being put at risk

Government will not tolerate students' future being put at risk 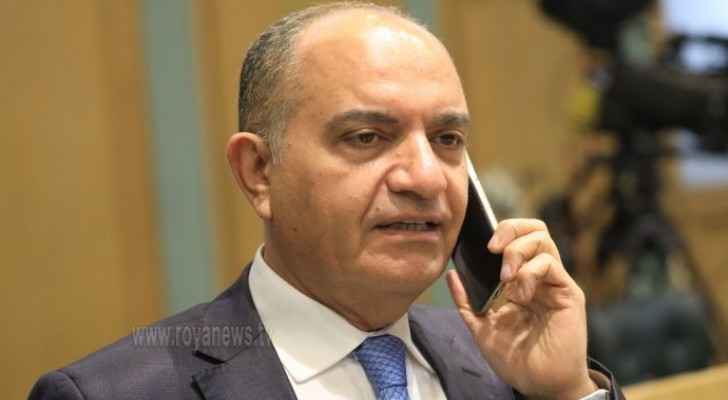 The upcoming academic year will start as scheduled, announced the Minister of State for Information Affairs, Amjad Adaileh.

The government is invested in the future of students, which has been greatly affected during the last academic year by teacher strikes and coronavirus crisis, he said.

Adaileh said the government was hoping things would improve after the agreement was signed with the currently suspended teachers’ union last year.

Most provisions of the agreement were implemented, except the ones requiring legislation and laws amendments, which the government is still working on.

Bullying the state by staging strikes and sit-ins that harm the essential facilities, is unacceptable, said Adaileh.

Not only are such activities disruptive, but they go against public health and safety measures, as well as many defence orders that were issued to protect citizens, he added.

Adaileh reiterated the government’s plan to reimburse public sector workers, including teacher’, the bonuses that were cut due to the coronavirus pandemic on January 1.

The teachers' union case is pending before the judiciary and the government will not intervene, in compliance with the principle of separation between authorities.

The government supports teachers and wants to improve their standard of living, as it will have a positive effect on the stability of the education system.

"We’re counting on teachers and trust their judgement and their ability to move forward in their educational journey and commitment to start the school year as planned on the first of September," said Adaileh.

The economic conditions during the crisis has also affected the private sector, forcing some vital sectors to stop working and deduct from the worker salaries, he said.

The government is taking all corruption issues very seriously by setting new measures and amending existing laws to strengthen the system of public integrity.

A new mechanism has been adopted to deal with reports from the Audit Bureau and issues related to public money before they become out of date.

The government has carried out 643 inspections during the first half 2020 finding a JD371 million discrepancy, which is expected to increase — JD146 million through tax audit procedures and JD225 million during inspection procedures.

The government has opened the door for settlements and 1125 taxpayers have applied to the Settlement and Reconciliation Commission 1125—842 for income tax, and 283 regarding the general sales tax.

The customs tariff will be revised to simplify the process for citizens and companies, he announced.

The money collected will be transferred to the treasury and allocated to necessary expenditures, including bread support.

Adaileh reiterated the Prime Minister’s announcement that no new taxes will be introduced.

'We seek to graduate young people who will support their ....

'We seek to graduate young people who ....