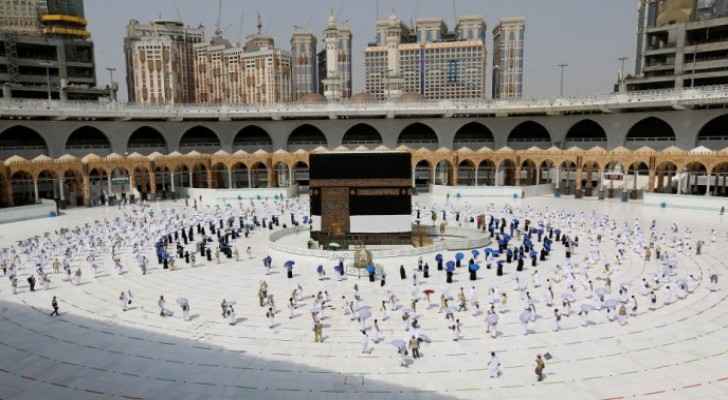 Crowds of pilgrims arrived at the Sacred House of God for Arafat Day rituals in Mecca, on Thursday morning.

Having spent the previous day and night in Mina, worshippers will stand at the top on Mount Arafat at noon to perform the most important ritual of pilgrimage.

Pilgrims will then perform two prayers, Dhuhr and Asr, in Namira Mosque, before continuing their pilgrimage.

Saudi Arabian authorities have implemented a raft of precautionary measures for the pilgrimage this year, which were announced on July 5.

Strict social distancing guidelines are being implemented with the help of barriers and floor stickers outlining the paths.

Cleaning of the main areas around Kaaba will be done before and after circumambulation around Kaaba.