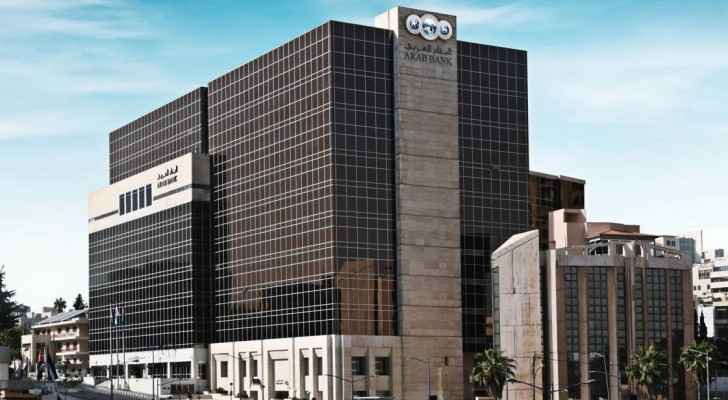 The fall in the profits is attributable to the build up of higher provisions, driven by current and forecasted economic conditions, and reflect the deterioration in the macro-economic environment throughout the region and globally, and to lower revenues from interest and fee income because of the impact of the Covid-19 outbreak and lower market interest rates and weakening oil prices.

The bank has entered the crisis from a position of strength. Customer deposits grew by 5% to reach $ 35.9 billion as compared to $ 34.1 billion in the previous year, while loans grew by 2% to reach $26.7 billion as compared $ 26.2 billion. The group maintained its strong and robust capital base with equity of $9.2 billion and with a capital adequacy ratio of 16.8% calculated in accordance with Basel III regulations. The group enjoys high liquidity with loan-to-deposit ratio at 74.4%, while credit provisions held against non-performing loans continue to exceed 100%.

Sabih Masri, Chairman of the Board of Directors, remarked that the pandemic has come as a shock for the global economy, which will witness contraction in 2020. He added that the Covid-19 pandemic has had, and continues to have, a material impact on businesses around the world and the economic environments in which they operate.

Nemeh Sabbagh, Chief Executive Officer, stated that the global and regional banking sectors will unavoidably face challenges as a result of the economic contraction, the higher cost of risk, and lower interest rates. He added that growth in the GCC countries has declined sharply due to the plunge in oil prices since the outbreak of the pandemic.

Sabbagh commented that the Group net operating income dropped by 21%, and the bank opted to build significantly more provisions during the first half of 2020 against the financial implications of Covid-19, and that this has resulted in the drop in the reported net income after tax. He added that the drop in the group’s profitably is also attributable to the fall in the profits of the bank’s affiliate in Saudi Arabia.

Sabbagh highlighted that the increased provisions booked across the group are in accordance with the guidelines of International Financial Reporting Standard #9, and as per the bank’s internal expected credit loss model, and include general provisions built due to the current economic situation in Lebanon.

Masri concluded by stating that while the negative impact of the pandemic is unprecedented, the effect on the Group will be well cushioned by the bank’s resilience, the strength of its franchise, and the success of its diversified business model.

Arab Bank robber confesses: ‘I did it to pay off my debts’