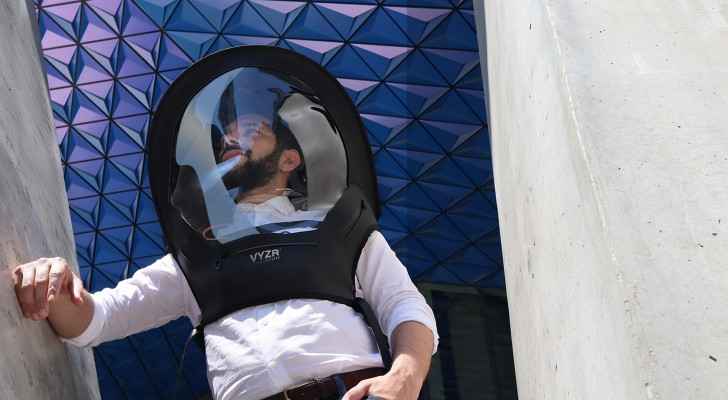 A Palestinian Canadian has launched a ground-breaking hazmat suit design in the hope of making air travel safe again amid the threat of COVID-19.

Co-founder of Toronto-based VYZR Technologies, Yezin Al-Qaysi, announced the arrival of the BioVYZR in April. The $250 suit has been designed with an outer layer that offers an unmatched degree of protection against airborne hazards in day-to-day environments.

The space-like suit has an anti-fogging screen and a hospital-grade air-purifier built in.

Pre-orders for it have already reached 50,000 and delivery of the first batch is expected to be at the end of the month.

“We’ve taken a product usually limited to health care and industrial settings that’s typically priced around $1,800 and adapted it to be accessible to the public,” he told Bloomberg.

Weighing less than three pounds it is formed from silicone, neoprene and vinyl and sits in place with an adjustable harness.

Al-Qaysi refrained from providing details about the doctor who provided advice on the design, during his interview with Bloomberg, raising concerns over the legitimacy of the suit’s testing.

It operates on lithium-ion batteries which last up to 12 hours and are generally allowed in flight carry-on luggage.

However, how airline staff will react to the suit is still unknown.