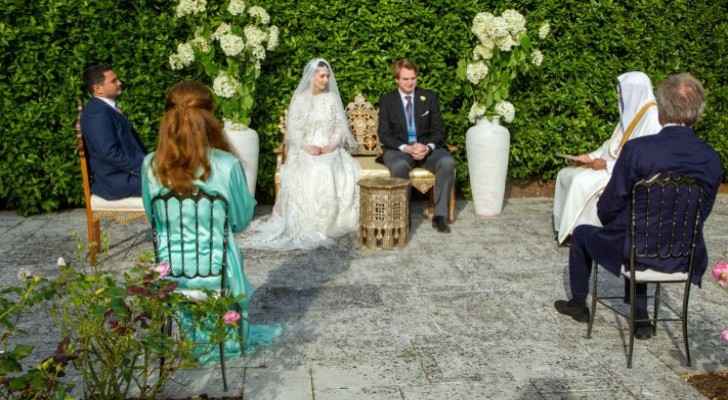 “Thank you all for your kind messages on our wedding! While it was originally planned for April in Jordan, the pandemic derailed those plans and it was safer for my husband’s family to hold it in the UK.

“God willing, we look forward to celebrating in Jordan once the situation allows,” the princess shared on Twitter.

The socially-distanced ceremony was attended by Queen Noor, Jordan's ambassador to the UK, Omar Nahar, and a few members of the groom’s family.

Donovan converted to Islam before the wedding, began learning Arabic, and changed his name to Faris.

Princess Raiyah is the daughter of the late King Hussein and Queen Noor, and the half-sister of King Abdullah II, who gave the couple his blessing for the marriage.

She is currently studying for a PhD in Japanese literature at the University of California.

The groom is a freelance journalist, who has had his work published in The Spectator, New Statesman and The Telegraph.