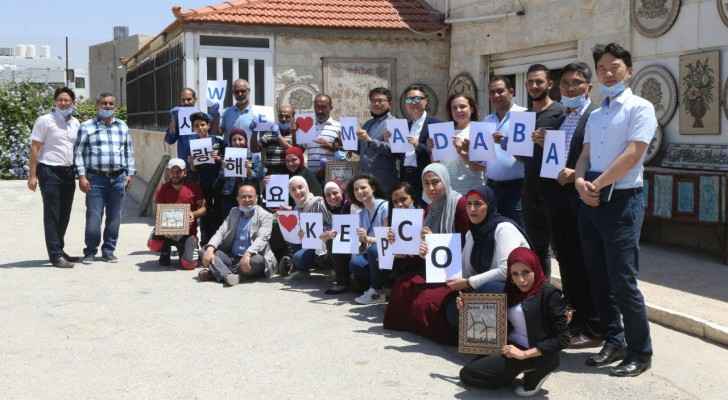 A new opportunity to employ dozens of Jordanians was dug up by Fujeij wind power project in the tourism sector; and initiative that also serve to promote Jordan through mosaic artwork handed out as memorabilia.

In light of the COVID-19 pandemic, and the subsequent disruption of most vital sectors, the tourism sector was destined to come to a complete halt; disrupting the livelihoods of many workers of the various tourism-related sectors.

According to the CEO of Qatrana Electric Power Company (QEPC) Mr. Kyuhyun Ryu speaking on behalf of the projects of KEPCO’s projects supporting local communities, they wanted to find a way to support the fully ceased tourism sector in light of the pandemic. They came up with the idea to employ dozens of workers in making mosaic paintings as Fujeij souvenirs to be distributed around the world to promote both the company and the Jordanian mosaic art.

On the occasion of completing 150 mosaic paintings by 105 mosaic artists, half of whom are people with disabilities, Fujeij wind power project decided to send these paintings to Korea, while another batch will be sent to Britain later.