20,000 Jordanians repatriated since the beginning of corona crisis 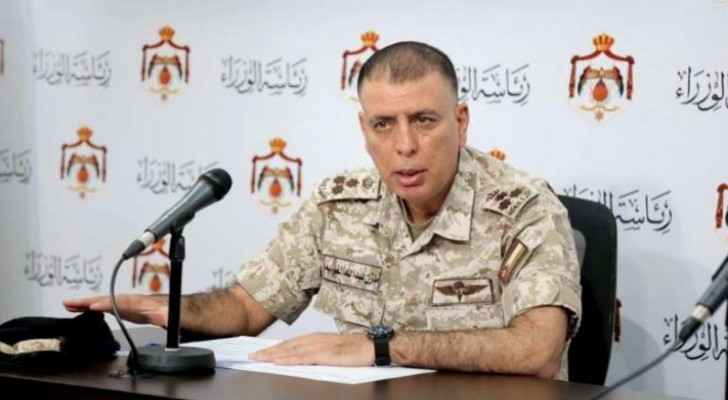 Director of the Crisis Management Cell, Brigadier Gen. Mazen Farrayah, said the process of evacuating Jordanians abroad is ongoing, where a total of 20,000 citizens have been repatriated during the three phases.

During a press conference at the Prime Ministry building on Sunday, July 5, Farrayah stated that the third stage ended about a week ago, where about 7,000 citizens have been repatriated.

He added the registration for the fourth repatriation stage began on Saturday, July 4, and booking on Royal Jordanian flights began at 11 countries, adding the first air flights will be on July 10.

For land arrivals, repatriation will begin on 10 July for a period of three days, covering Syria, Saudi Arabia, Palestine and Iraq, and expected to include about 500 people.

Over the third stage, he said the number of COVID-19 cases was "huge," as 195 infections were recorded, twice the tally in the first and second stages, which caused delays in the process of mandatory quarantine lifting for some of the lockedown returnees in hotels and the Dead Sea.

On the quarantined returnees during the third stage, Farrayah said 2,000 people are still in the mandatory quarantine sites.

With regard to reopening the airport, he announced the committee formed for this purpose is still studying the required procedures from returning persons.

If air traffic is permitted with a specific country, Jordanians residing there will be treated according to the same rules, he said, adding no change has occurred on the repatriation measures, as compulsory quarantine remains for 14 days.