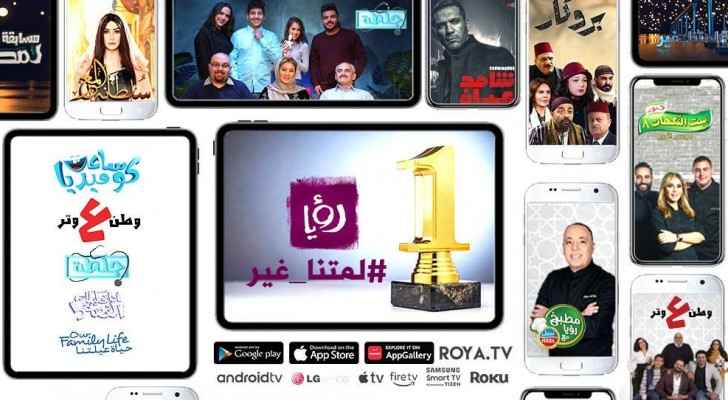 Roya TV has been ranked the number one channel in Jordan, according to global market researcher Ipsos.

During this year’s Ramadan, 54% of the local audience reportedly tuned in.

Despite the coronavirus pandemic, Roya provided a wide range of exclusive programs and shows that cater to its diverse audience in Jordan and the Middle East.

Figures showed that 84.4% of Jordanians, over the age of 15, watched at least one television channel on a daily basis.

The daily average of time spent watching TV increased by three and a half hours during the holy month.

People between the ages of 15 and 24 were the smallest percentage of the television audience in Jordan.

The selected sample took demographic distribution into consideration, including gender, age, area of residence and number of interviews per day.

The study started on the second day of Ramadan and ended on the twenty-ninth day of the holy month.

King expresses best wishes to Jordanians on occasion of ....