Health Minister checking on the employees 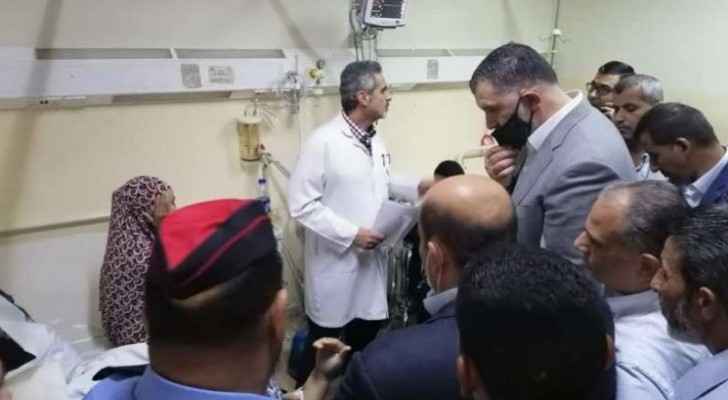 Rights groups have demanded an investigation after 130 female workers fell ill with insecticide poisoning at a textile factory in Jordan Valley on Thursday, July 2.

The employees were rushed to multiple hospitals and at least four were in a serious condition.

Both Tamkeen for Legal Aid and Human Rights and ImpACT International for Human Rights Policies have demanded an investigation.

ImpACT has called the incident a great negligence and disregard for the life and safety of the workers. It emphasised the government’s responsibility to ensure safe working conditions within the facilities and factories.

The Ministry of Labour has closed the factory until the investigation has concluded.

One employee told ImpACT the administration and spray company decided to spray the chemicals during working hours, although safety measures state areas must be clear of people when chemicals are sprayed.

A statement issued by Tamkeen said the factory’s workers carried out a strike in protest of the bad working conditions and the irregular wage payments in February.

Minister responds to calls to end ....