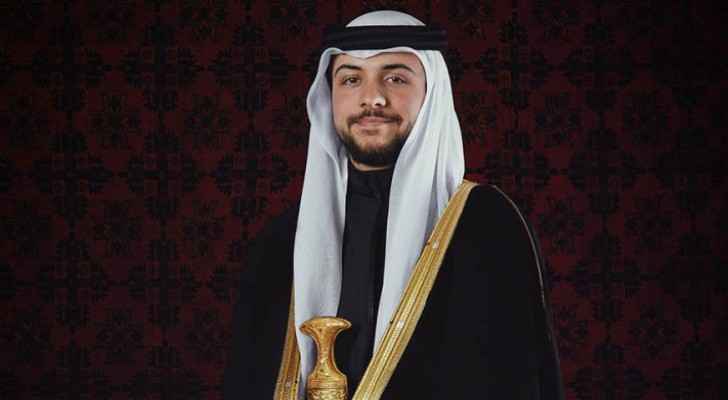 His Highness Crown Prince Hussain Al-Abdullah was born in Amman on June 28, 1994, and is the 42nd generation direct descendant of Prophet Mohammad.

A Royal Decree was issued on July 2, 2009, naming His Royal Highness as Crown Prince.

His Highness graduated from the Royal Military Academy Sandhurst in 2017, from which his father, King Abdullah, and his grandfather, His Majesty the late King Hussein, had graduated.

In 2016, the Crown Prince graduated from Georgetown University in Washington, DC, where he majored in international history. He had graduated in 2012 from King’s Academy in Madaba.

His Royal Highness holds the rank of first lieutenant in the Jordan Armed Forces-Arab Army and has participated in several military training courses.

The Crown Prince has represented Jordan at multiple international forums, including chairing a UN Security Council meeting in April 2015 to lead an open debate on the Role of Youth in Countering Violent Extremism and Promoting Peace.

In September 2017, the Crown Prince, deputising for His Majesty, delivered Jordan’s address at the 72nd Session of the General Assembly of the United Nations.

His Royal Highness has given young Jordanians his utmost attention, with the Crown Prince Foundation, launched in 2015, geared towards empowering youths by instilling in them a sense of leadership, citizenship, and dedication to hard work.

Jordanians commemorate 85th birthday of the ....