The photo that sparked controversy on social media 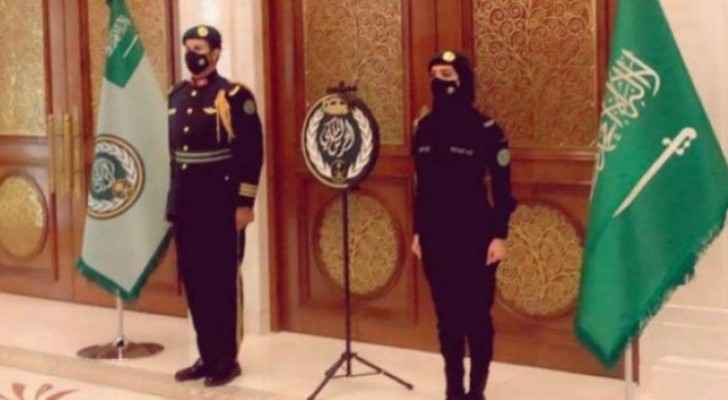 An image of a Saudi woman wearing the dress of the country’s Royal Guard and standing next to the armed forces flag has sparked controversy after going viral on social media.

The image, which was shared under the hashtags #PhotooftheSeason and #TheRoyalGuard, was met with a mixed response. Some people viewed it as a progressive move.

“The participation of women in the #RoyalGuard delights the spectators, the woman must have confidence in her abilities. This is something that does not contradict our law and our culture,” one Saudi tweeted.

Others opposed the move, suggesting it was not appropriate for a woman to take on the role.

“I don’t understand why this woman is in the Royal Guard. Please explain because only men are capable of protecting Kings and Princes,” said another tweet.

The photograph shows the woman dressed in the official black Royal Guard uniform with a few minor modifications compared to that worn by men. A man stands beside her also dressed in the uniform.