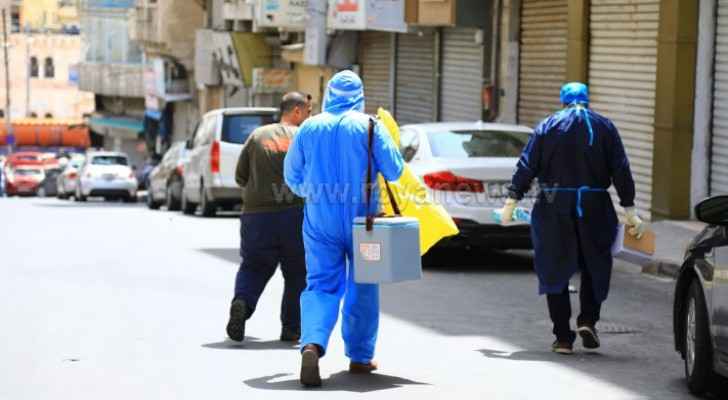 Jordan has confirmed 18 new coronavirus cases today, bringing the total number of cases since the beginning of the crisis to 1,104, according to a statement issued by the government and the Ministry of Health.

- Five people who has direct contact with infected persons in Amman.

- 11 citizens who have recently returned from abroad, including five from Saudi Arabia, two from Kuwait, one from Sudan, two from Pakistan and one from the Armenia.

According to the statement, 33 recovery cases were reported today at Prince Hamzah Hospital.

Nearly 7,322 random tests were conducted today, bringing the total number of tests conducted since the beginning of the crisis to 362,326.

In light of the recent decision to allow public parks to reopen to citizens, the Ministry of Health calls on people to follow the necessary preventive measures, such as wearing face masks and practicing social distancing.